‘Satisfactory start’ to 2018 for Danske Bank as profit meets forecasts 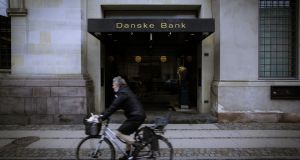 Danske Bank had a “satisfactory start” to the year despite financial developments that weighed on activity, the Danish bank said.

The bank reported pretax profit for the first quarter in line with expectations, and kept its full-year guidance unchanged.

Pretax profit fell to 6.20 billion Danish crowns (€832 million) in January-March from 7.14 billion crowns a year earlier and in line with the analysts’ 6.18 billion crowns forecast.

The bank still expects net profit for the year of between 18 and 20 billion crowns.

“Across our business, the underlying trend was good, with customer demand for credit remaining positive, just as our partnership agreements in Norway, Sweden and Finland continued to attract new customers and create good activity,” chief executive Thomas Borgen said.

The company said it saw good activity in Denmark partly as a result of continued interest in its new home financing solutions.

“We continued to make considerable investments in new innovative solutions, some in cooperation with external partners, which contributes to delivering enhanced customer experiences,” Mr Borgen said.

Profit at the Northern Ireland business fell 45 per cent to 125 million kroner from 237 million a year earlier as impairment charges weighed, but underlying performance was satisfactory as lending and deposits rose in the first quarter.

Danske Bank began winding down its retail banking business in Ireland in 2013, but still offers services to corporate and institutions.

Country manager for Danske Bank Ireland Terry Browne said the business had a good start tp the year. “The group’s continued investment in industry-leading technology has allowed us continue to deliver solutions that create value for our clients and to increase our participation in powering the Irish wholesale financial services market,” he said. “Other key drivers were increased activity in Ireland by our Nordic multinational clients and the expanding global footprint of our corporate and institutional clients.”

The bank said on Thursday it would scale down its business in the Baltic countries. The move follows criticism of the bank for alleged flaws in its efforts to prevent money laundering in the past at its Estonia branch.

The change is not a reaction to the ongoing investigations by the Estonian Financial Services Authorities and others, but part of the bank’s overall strategy, Chief executive Thomas Borgen told broadcaster TV2 News.

The bank said that as part of its strategy to focus on the Nordic markets, it would serve only subsidiaries of its Nordic customers in the Baltics and global companies with business interests in the Nordics.

“Over time, this will reduce the size of our business in the Baltic countries,” the bank said. – Additional reporting: Reuters

1 Who are Ireland’s 17 billionaires?
2 Why has the pension age question suddenly become an election issue?
3 Ireland has fifth-largest number of billionaires per capita in the world, says Oxfam
4 Property firm sues engineering company over waterproofing of basement
5 Insolvency arrangement approved for man with €60 million in debts
6 Ryanair suing Skyscanner for allegedly selling flights through its domain
7 Restoring pension age to 65 would cost €620m a year, claims FF
8 Help, I’ve no PRSI stamps – can I still get a pension?
9 When I’m 65: five ways you’ll benefit
10 Single, married or cohabiting: Who pays the least tax?
Real news has value SUBSCRIBE