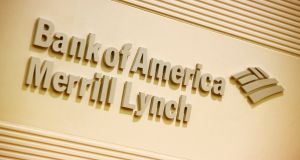 Bank of America is dropping the “Merrill Lynch” name from some of its businesses, phasing out a brand with a long history on Wall Street as part of a multi-year marketing effort, the lender said on Monday.

The investment bank and capital markets business is ditching the 104-year old name to become BofA Securities and its wealth management businesses will collectively be called “Merrill”, without the Lynch.

In the past, rebranding has faced some opposition. The average age of financial advisers is in the mid- to late-50s, and many feel fierce loyalty to the brand of the firm where they have worked for years.

Before it was bought in 2009 in the throes of the financial crisis, Merrill Lynch was known for its powerful investment bank and “thundering herd” of financial advisers. The brand survived over the last decade, unlike other company’s like Lehman Brothers and Bear Stearns whose names faded away once they were acquired.

Under the new “Merrill” umbrella, the company will launch a new marketing campaign featuring the “Merrill bull front and center,” the company told Reuters in a statement.

The change comes as Bank of America is working to boost morale in its investment bank after a year of declining market share and revenue and a string of departures by senior leaders. – Reuters