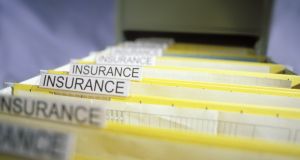 The development comes four months after Arachas acquired Murray & Spelman, an insurance and finance brokerage with offices in Galway and Kildare, for an undisclosed sum.

Sovereign is in advanced talks to sell its 54 per cent interest in Arachas, the largest independent general insurance broking group in the State, according to sources.

However, they declined to reveal the identities of the final bidders in the process or give financial details.

It is also unclear whether former chief executive Donal Cronin plans to sell his 23 per cent stake in Arachas as part of a transaction.

A spokesman for Arachas, which has more than 250 employees, declined to comment. A spokeswoman for Sovereign did not respond to a request for comment.

The development comes four months after Arachas acquired Murray & Spelman, an insurance and finance brokerage with offices in Galway and Kildare that was chaired by former minister for finance Charlie McCreevey, for an undisclosed sum. The deal excluded Murray & Spelman’s financial services arm.

Arachas, whose name is Irish for insurance, was established a decade and a half ago through the merger of Cork-based broker Tyrrell Coakley with two Dublin-based peers, Hodgins Percival and Slattery Jermyn.

The insurance brokerage landscape is dominated by a few global companies, including Aon and Dublin-headquartered Willis Towers Watson, which were parties to abortive merger talks earlier this year, as well as Marsh & McLennon, which acquired major rival Jardine Lloyd Thompson in April.

Industry sources said Arachas’s business would be of interest to these groups or to another private equity buyer. Smaller domestic operators have been subject to a wave of consolidation in recent times.

The most recent set of accounts for Arachas Corporate Brokers Ltd shows its turnover rose to €18.2 million in 2017 from €17.2 million a year earlier. These figures do not reflect growth from the flurry of deals after Sovereign took a controlling stake.

Accounts for 2018 have not yet been filed with the Companies Registration Office. However, group revenues are reported to be running well in excess of €30 million.