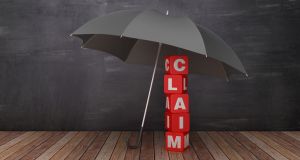 The Chief Justice, Mr Justice Frank Clarke, said on Tuesday that he has identified members for a committee that would set guidelines for personal injury awards in the hope that they will be able to “hit the ground running” when the Judicial Council is set up.

The committee designate includes judges from the High Court, Court of Appeals, as well as district and circuit courts, Mr Justice Clarke told an insurance fraud conference hosted by Insurance Ireland in Dublin.

The Chief Justice said that the members of the committee will be able to start work on benchmarking of personal injury awards against other jurisdictions, including the UK, where the Personal Injuries Commission found last year that the average soft-tissue award was a quarter of the Irish average of €17,338. The Judicial Council Act 2019 providing for the setting up of such a committee was enacted in July.

Mr Justice Clarke did not say when the Judicial Council will be set up and that it is important not to “jump the gun”. He said that it is important that it is established in a way that does not make it susceptible to “unnecessary legal challenge” which will slow the process and “do a disservice” to those who want to have the Council in place.

“I am mindful of the urgency of this,” he said. “We are not unaware of the need for action.”

By having a committee designate in place in advance of the Council being formally established, members can get on with necessary research so that they are in a position to make recommendations in a reasonable timeframe, he said.