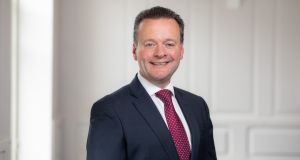 Financial services intermediary, Aon, has assembled a coalition of large Dublin-based employers to draft guidelines for bringing staff back to the office once the Government’s work-from-home recommendation expires. The initiative comes as research conducted for Aon suggests most employers do not envisage bringing the majority of their employees back to the office for the next year.

Aon, which employs 600 staff in Dublin, has teamed up with employers’ lobby group, Ibec, as well as corporate partners such as AIB, Amazon and Irish Life, with the aim of devising a detailed set of standards on safely returning to work, to be published by November.

Aon, which is headquartered in Chicago, pioneered the scheme in its home city in June, where it brought together employers including McDonald’s, United Airlines, pharmacy group Walgreens and Hyatt Hotels. It put together a similar group in New York in July and in Singapore earlier this month. It plans further back-to-work coalitions in London, Madrid and Tokyo.

Each of the companies involved will take part in a series of virtual meetings over coming months, where they will share information, ideas and best practice on a range of virus workplace safety-related issues, including travelling to and from the office and cybersecurity.

They will also discuss how to use technology to solve some of the problems that will arise from bringing staff back during the pandemic.

Companies will complete a survey with 160 questions covering a broad range of headings, such as employee health screening, legal and compliance issues and guidance for space planning in the office.

The companies will also take part in a series of “roundtable discussions”, before each company receives a report tailored to its own business.

The coalition will also share a broader set of common guidelines between the companies involved, which Ibec will also distribute to its members.

A global report, based upon the collective findings of the coalitions in the various cities, will be published publicly. Aon says its guidance is meant to complement the Government’s return to work safely protocols, already published.

The Tánaiste and Minister for Business, Leo Varadkar, is backing the Aon-led initiative, and said he is happy to see companies “working together” to solve return-to-work issues. He wants the coalition’s ideas to be shared more widely.

Ibec chief executive, Danny McCoy, said that once public health guidelines allow a return to the office, it will be “crucial” for companies to have “a co-ordinated view”.

Peter Brady, Aon’s chief executive for commercial risk and health solutions in Ireland, said the coalition would essentially examine “the future of working”.

“None of us has experienced this before,” he said, adding that Aon would bring some of its own experiences of assessing risk as an insurance intermediary to the process.

Aon says its research shows six in 10 companies believe less than half of their staff will be back at work in the next three to six months, while just 30 per cent will have a majority back over the next 12 months.

Aon’s 600 Dublin staff have been working remotely since March 12th with no date yet set for their return.