London-headquartered company is preparing to refinance bank facilities next year 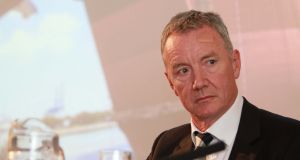 Shares in Tullow Oil soared on Wednesday to levels not seen since July last year as a move by Opec to cut oil supply is seen helping the company as it looks to refinance bank facilities next year.

Tullow’s shares surged 13.3 per cent in London, lifting its market value to £2.7 billion (€3.2 billion) as investors cheered news that the Organisation of Petroleum Exporting Countries agreed to reduce production by 1.2 million barrels a day to 32.5 million, sending Brent crude prices soaring as much as 8.88 per cent to above $50.46 a barrel in London.

The deal comes as Tullow, which expects to end this year with about $4.9 billion of net debt, prepares to refinance more than $3 billion of bank facilities next year.

Elsewhere, UK peer Premier Oil, which has $2.8 billion of net debt, jumped by 18.4 per cent in value. Investors in the company had already taken huge comfort before the Opec meeting from news that Premier’s lenders had agreed to defer a financial stress test.

Premier’s creditors have been fairly lenient as the FTSE 250-listed company works on a refinancing deal, having deferred tests of its financial covenants several times in recent months.

Meanwhile, another analyst who follows Tullow Oil, who asked not to be identified, said the company, led by chief executive Aidan Heavey, may seek to turn to bond markets next year if oil prices hold up.

This would allow it to replace some of its existing bank facilities with market-based funding.

The company said in a trading update on November 9th that the first flow of oil from the so-called TEN project off the coast of Ghana in August will help the group to start to generate free cash flow in the current quarter and begin the process of “deleveraging” its balance sheet.