Company is cutting electricity and gas prices for 320,000 homes 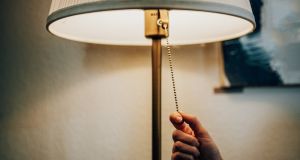 Airtricity says it will cut the price at which it sold natural gas to homes by 11.5% and reduce household electricity charges by 2.7%. Photograph: iStock

Electricity and gas supplier SSE Airtricity is cutting charges by more than €8 a month from May.

The company confirmed on Wednesday that it would cut the price at which it sold natural gas to homes by 11.5 per cent and reduce household electricity charges by 2.7 per cent from May 1st.

David Manning, SSE Airtricity’s director of home energy, calculated that the move would save families buying both electricity and gas from the company an average of €102 a year, or €8.50 a month.

“I am pleased today that we’re announcing price cuts on our natural gas and electricity standard rates,” Mr Manning said.

About 320,000 homes should benefit from the cuts. SSE bases its estimate of the savings involved on customers using its smartsaver standard credit meter charges and paying by direct debit.

SSE Airtricity says these customers should pay €23 less a year for their electricity and €79 less for natural gas.