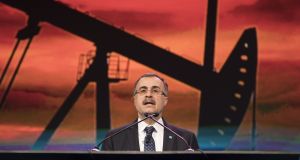 Investors waiting for the chance to buy a piece of Aramco, Saudi Arabia’s state-owned oil behemoth, will probably have to wait. Saudi officials are reported to have told their British counterparts last week that a delay to 2019 was likely.

Aramco had indicated that it expected to begin trading on a public stock market this year. The delay reflects the difficulties in arranging what would easily be the world’s biggest-ever initial public offering.

The company’s potential market debut, a centrepiece of an ambitious economic overhaul of Saudi Arabia led by Crown Prince Mohammed bin Salman, has drawn the interest of investors around the world – and political leaders hoping to win the listing.

In November, US President Donald Trump publicly courted Saudi officials to list Aramco on the New York Stock Exchange on Twitter. British government officials met with their Saudi counterparts during Prince Salman’s visit to Britain last week. Shinzo Abe, the prime minister of Japan, has privately made entreaties for consideration of the Tokyo Stock Exchange as well.

Aramco is one of the giants in the world of oil production, and its initial public offering is likely to be valued at a minimum of several hundred billion dollars. Saudi officials have not so privately indicated that they hoped the company would be valued at some $2 trillion.

But Saudi and Aramco officials, as well as their legions of advisers, have had to grapple with a host of issues.

Prince Salman has also overseen a very public anti-corruption campaign in which scores of fellow royals were detained. The country has also taken an active military role in Yemen’s civil war.

The company has not only been the primary source of Saudi revenue (there were, until recently, no taxes), it has also historically been used to move oil prices.

But its finances have not been transparent, and both the American and London stock exchanges require both transparency and the protection of public shareholders.

In addition, while some Saudi officials – reportedly including Prince Salman himself – are said to favour a listing on the New York exchange, others involved in the process have said that a presence in the United States could expose the kingdom to lawsuits.

How a listing would be structured also remains under discussion. The plan is to have Aramco trade on both the kingdom’s Tadawul stock exchange and a major foreign stock market, which would provide both prestige and the investor money needed to support a multibillion-dollar listing.

A public offering abroad was meant, in part, to send a signal that the country was changing.

Some people in the energy industry say that Aramco could face pressure from investors because the company has not gone through the cost-cutting that western oil companies, like Exxon Mobil, have undertaken in recent years.

“My fear is that they are not prepared for this new world,” Floris Ansingh, a former head of Royal Dutch Shell in Saudi Arabia, said of Aramco. “That will be forced upon them.”

In an interview last week, Saudi Arabia’s energy minister, Khalid al-Falih, hinted that an Aramco offering would probably come next year, asserting that the timeline would make little difference.

“Between December 31st and January 1st, there is no value lost for the kingdom,” Mr al-Falih, a former Aramco chief executive, said. “So I don’t see this artificial deadline that you refer to as being significant.”

Officials and advisers involved in the process have also explored the possibility of not taking Aramco public at all. In the region, speculation has turned to a possible sale of a stake to a sovereign wealth fund, possibly the Chinese. – Copyright New York Times 2018