Legal and General partners with NTR in renewable infrastructure fund 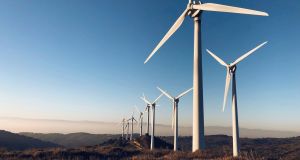 NTR has already made three acquisitions for the fund, including two wind farms in France. Photograph: iStock

British multinational Legal and General has once again partnered with Irish infrastructure group NTR by investing in its renewable energy fund.

NTR plc, formerly part of the National Toll Roads business, has secured commitments of €229 million for a renewable energy fund out of a total target of €500 million.

That target is “likely to be achieved by the end of the current year”, a spokesman told The Irish Times.

An ICAV is a corporate vehicle designed for Irish investment funds authorised by the Central Bank of Ireland. It is particularly useful for US investors in investment funds as it allows them to be subject to US tax as if they held the underlying assets in the fund directly.

“We believe that a step change is needed in the level of investment in renewable energy, so are pleased to be a cornerstone investor [in NTR’s fund],” he added.

“This fund is a good fit with both our clients’ return expectations from infrastructure, but also their combined commitment to be responsible, long-term owners of sustainable investments,” said Richard Fanshawe, head of private markets with Brunel.

NTR has already made three acquisitions for the fund, including two wind farms in France and a portfolio of nine solar projects in the UK, for more than €96 million.