ESB called out for ‘contributing to human rights violations’

State electricity company imported coal from Carrejón mine in Colombia 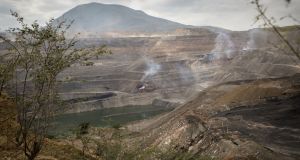 Cerrejón mine in Colombia. ‘Possibly the most overtly violent abuse the mine has been accused of is the forced displacement of local people,’ a Christian Aid report says. Photograph: Bianca Bauer 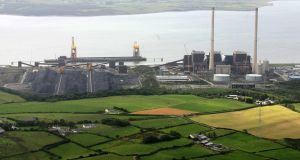 The ESB’s power plant at Moneypoint.

State owned electricity company ESB has been called out for “contributing to human rights violations” by importing coal from a mine in Colombia for use at the Moneypoint plant in Co Clare.

A report by non-governmental organisation (NGO) Christian Aid outlined how the State company has imported more than eight million tonnes of coal from the Cerrejón mine since 2011, despite its poor track record on human rights.

ESB said in a statement that it stopped importing coal from the mine in 2018 and that, between 2015 and 2018, it purchased just over 2 per cent of the mine’s output. It also flagged its membership of Bettercoal, a body established by coal buyers to promote improvement in the mining and sourcing of coal. Bettercoal, it said, assessed the Carrejón mine in 2016 across 31 criteria and found that it didn’t fail on any of the criteria. ESB did not, however, rule out purchases from Carrejón in the future.

“ESB is well aware of Colombia’s difficult history which has had severe impacts on its people over many years...We are committed to remaining vigilant on all of these issues we will continue to engage with Bettercoal to exert influence and drive improvements,” a spokeswoman said, adding that a senior manager is scheduled to visit the mine next month.

Cerrejón, the largest open pit coal mine in Latin America, is located in the north Colombian region of La Guajira.

“Possibly the most overtly violent abuse the mine has been accused of is the forced displacement of local people,” the report said, noting links to the expulsion of up to 35 indigenous and Afro-Colombian communities.

It also said the mine contributed to “severe pollution” with millions of litres of water dumped into the Ranchería River “full of heavy metals”, something linked to “elevated levels of cancer, reproductive ailments and renal and liver provlems”.

The mine is controlled by mining giants BHP Billiton, Anglo American and Glencore.

According to Christain Aid, Cerrejón produces an average of 32 million tonnes of coal per year, the majority of which is exported. It also flagged that the mine’s sales are managed through an Irish domiciled entity called CMC Coal Marketing. The most recent set of accounts publicly available for CMC show the company posted an $89 million (€82.5 million) profit before tax on revenues of $2.7 billion.

This entity, it claims, facilitates the owners of the mine to avoid tens of millions of euro in taxation each year, “further undermining the human rights of local people by reducing the pot of money available to invest in basic services such as healthcare and education”.

Christian Aid is calling on the State to introduce legislation to compel State-owned businesses to check for human rights abuses in their operations and supply chains. The report also calls on the Government to amend its 2017 action plan to demand Irish-based companies not to harm developing countries through their environmental record or tax behaviour.

“We’re using the ESB as an example but really this could be applied to any Irish company that has operations across the globe,” noted Sorley McCaughey, head of policy and advocacy at Christian Aid Ireland.

BHP Billiton and Anglo American did not respond to request for comment while Glencore said it could not comment until it reviewed the contents of the report.

1 I want to change my will quickly in case I fall ill. Do I need a lawyer?
2 Firms in row with Irish Distillers must provide €1m in security
3 Facing economic meltdown ... and nothing wrong with our economy
4 German fund closes €93m Harold’s Cross build-to-rent deal
5 EU finance ministers hold marathon talks to overcome eurobonds split
6 Collison brothers worth an estimated €2.9bn each
7 Ten of the most mysterious aircraft disappearances
8 MCD’s Desmond ‘optimistic’ that Electric Picnic 2020 will go ahead
9 Trump opens the Gates to universal flu vaccine
10 Cold water poured on idea of ‘helicopter money’
Real news has value SUBSCRIBE