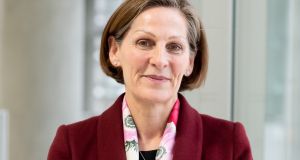 Irish explorer Tullow Oil has received a setback after a well it was exploring off the coast of Peru turned up no significant findings.

The company informed Euronext Dublin on Monday that the Marina-1 exploration well, drilled on Z-38 licence offshore Peru, had reached total depth and not encountered significant hydrocarbons, which are the chief components of petroleum and natural gas.

The well tested the La Cruz and Mal Pelo formations where minor gas shows were encountered, but there were no indications of hydrocarbons in the primary targets in the Tumbes formation.

The Stena Forth drillship drilled the Marina-1 well to a total depth of 3,022 metres in 362 metres of water and the well will now be plugged and abandoned.

Tullow Oil chief operating officer Mark MacFarlane said the company remains positive for the potential of the region in spite of the setback.

“This is the first ever well in the deep-water section of the under-explored Tumbes basin,” he said.

“We will now integrate the important well information with the seismic data that we are currently reprocessing and update our prospect inventory for blocks Z-38 and Z-64.

“Tullow is building an extensive exploration position in Peru and, while this result is not what we had hoped for, we remain positive about Peru’s wider offshore exploration potential.”