The US chip-maker this week got permission to build a new €3.6bn factory at its site in Leixlip 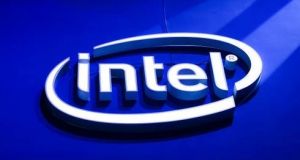 Intel is one of the Republic’s biggest electricity users, taking its power directly from the national grid. Photograph: Getty Images

Planners have given national electricity grid operator Eirgrid permission for a €40 million boost to the network serving tech giant Intel.

The US chip-maker, which employs 5,000 in the Republic, this week got permission to build a new €3.6 billion factory at its site in Leixlip, Co Kildare. Eirgrid confirmed on Tuesday that Bord Pleanála has given the grid operator permission to upgrade the electricity network supplying power to the Intel complex.

The project could cost between €30 million and €40 million. It is understood that Intel will pay half of this, while Eirgrid and fellow State company ESB will fund the balance.

Eirgrid plans a significant upgrade to the network supplying power to Intel. The development will include a new 220kilovolt (kV) substation next to the Leixlip plant.

The grid company said the new substation would connect to the existing Maynooth, Co Kildare, to Woodland, Co Meath, 220kV transmission line to the north of the Intel site.

It will continue to supply power to Intel via 110kV circuits, while an upgrade of the Maynooth-Woodland line could be needed at a later date.

Intel makes chips that drive computers and other devices. The company is one of the Republic’s biggest electricity users, taking its power directly from the national grid, the network that transmits power from generators to local distribution points.

The expansion for which the US group was granted permission this week will be one of the largest single private investments in the history of the State. Intel is already one of the Republic’s biggest employers.

The company welcomed Bord Pleanála’s decision to allow it build the new factory at Leixlip. However, it is thought that opponents of the plan could challenge the move in the High Court.