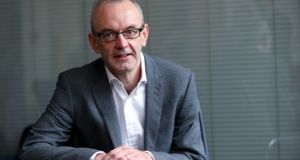 The directors of PrepayPower have shared a dividend of €17.2 million since the end of the company’s last financial year as customer numbers continued to rise throughout 2019.

Accounts for PrepayPower Holdings, the company behind the domestic pay-as-you-go electricity and gas suppliers, show revenue soared 29 per cent in 2018 to €157.6 million, with customer numbers expanding 9 per cent to about 140,000.

PrepayPower chief executive Cathal Fay said the company had since grown its customer base to more than 150,000, with a third of these households buying both electricity and gas.

“This year we are continuing to grow in terms of customer numbers and we’re continuing to develop our teams,” Mr Fay said. This includes building its wholesale hedging team to manage pricing volatility in the market.

In 2018, the company performed well despite a difficult year for the energy business in which unusual weather patterns “played havoc” with spot prices for wholesale electricity and gas, placing a greater focus on hedging operations that can smooth out the uncertainty.

“Thankfully, the weather this year has been reasonably benign,” Mr Fay said.

The company has decided to wind down its operations in the UK and cease trading in that market, the accounts show.

“We dipped our toes but came to the conclusion that it was a very different market and it made sense to concentrate on our business here,” Mr Fay said.

The UK exit means revenues are unlikely to grow by as much as 29 per cent in 2019, although this market was only a small portion of the business, accounting for just €4.9 million of its turnover in 2018.

The business is majority owned by corporate financier Ulric Kenny, with Mr Fay, who co-founded the company in 2009, and tech entrepreneur Andrew Collins also holding stakes.

The company employs 219 people, up from 192 the year before, and expects to keep growing this number while also investing in software development and upgrades to the app its customers can use to manage their energy usage on a pay-as-you-go basis.

Flutter’s planned merger with Stars gets informal approval in Australia 07:27
Finance Ireland’s IPO, Huawei and Irish 5G, and pay rises at Bank of Ireland 06:30
How can I view my dead brother’s will if I’m not the executor? 05:50
Stocktake: Would markets punish a Sinn Féin-led government? 05:40
Big tech gains aren’t ‘extraordinary’ after all 05:40