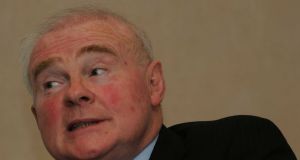 Losses at Dublin-based explorer Botswana Diamonds increased by more than 43 per cent last year as the group warned of uncertainty “that may cast doubt” on its ability to continue as a going concern.

Founded by executive chairman John Teeling, the former owner of Cooley Distillery, the Irish company has operations in Botswana, South Africa, and Zimbabwe.

'Chinese growth rates are weak, while in the United States the economic expansion which has lasted a record length of time is now looking fragile'

The company retained a deficit of £4,841,473, which was up from £4,069,369 in 2018 at the balance sheet date. “These conditions represent a material uncertainty that may cast doubt on the group’s ability to continue as a going concern,” it noted.

“The directors have prepared cashflow projections and forecasts for a period of not less than 12 months from the date of this report, which indicate that the group will require additional finance to fund working capital requirements and develop existing projects.”

The company raised £250,000 in July, having placed 50 million shares with both new and existing investors.

In a statement accompanying the results, Mr Teeling said the company’s project on the Marsfontein gravels in South Africa has begun production and that he expects it to “ramp up” in the coming weeks.

“The general business environment is currently very uncertain,” he said. “International trade faces restrictions, and the European Union is facing the first exit of a member state.

'A diamond is forever, but diamond mines are not'

“Chinese growth rates, which have under-pinned global economic growth, are weak, while in the United States the economic expansion which has lasted a record length of time is now looking fragile.

“Zero or negative interest rates are becoming more prevalent. This economic oddity is causing severe stress in banking and among economic/political policy makers.”

Mr Teeling also pointed out that gem-quality diamonds are purely a “luxury item”. In the last year, prices have been weak “due more to economic uncertainty” than an increase in supply.

“Laboratory-grown diamonds have received a great deal of publicity and though they make up a tiny percentage of gem sales the impact on sentiment has been very negative,” he continued.

“Rough diamond prices have generally fallen, as have the share prices of diamond producers and explorers. Yet the long-term fundamentals of the industry are solid. A diamond is forever, but diamond mines are not.

“As an economy grows, a growing number of individuals generate significant disposable income and the demand for jewellery grows in turn. Producing diamond mines are running out or are producing at higher costs as they access deeper levels.”

Turning to operations, Mr Teeling said the political situation in each of the three countries where the company operates has improved.

“Fresh democratic elections in Botswana have led to continuity and stability,” he said. “There is a slow improvement in the investment attractiveness of South Africa. In Zimbabwe there are glimmers of hope.

“Botswana Diamonds has made significant strides in the period under review. Delays in our projects in Botswana caused a redirection of focus onto the properties held in South Africa by our associate company Vutomi.

“Very significant strides have been taken by Botswana Diamonds in recent times. I am confident that the results from the efforts will flow to the shareholders.”