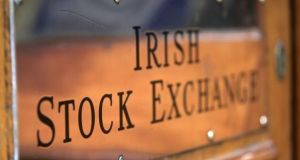 Yew Grove said the purchase price of €29 million reflects a net initial yield of 6.5 per cent.

Property investment company Yew Grove, which raised €75 million in a property flotation earlier this month, has acquired two office buildings in Dublin’s East Wall for €29 million at a yield of 6.5 per cent.

The two office buildings, at the One and Three Gateway office buildings, on the East Wall Road in Dublin 3, were included as part of the property pipeline in the company’s admission document to the Irish Stock Exchange. The buildings comprise some 94,793 sq ft and are let to the EBSB, Whirlpool and Colt Technology Services, at 97 per cent occupancy.

Yew Grove said the purchase price of €29 million reflects a net initial yield of 6.5 per cent and a gross reversionary yield exceeding 8.5 per cent. The buildings together have a weighted average unexpired lease term (WAULT) of 2.8 years to break and four years to expiry.

Jonathan Laredo, chief executive said that the key attractions of these buildings were the “quality of their location, build and tenants”.

“East Wall Road is becoming viewed as a part of the North Docks and is benefiting from increasing tenant interest due to its attractive rent levels and excellent transport links. The relatively short unexpired lease term and minor vacancy allows the company to actively manage the buildings which we hope will grow the income and capital value of the properties over the next few year,” he said.

Yew Grove became the first company to list in Dublin since Euronext bought the Irish Stock Exchange when it raised €75 million earlier this month. The property investment company had an initial portfolio of 10 properties – mainly office and industrial assets let to State entities, IDA-supported companies and large corporates – that had been assembled by the management team and valued at € 25.9 million.