Applications for solutions rose 71 per cent to 1,259 in second quarter, figures show 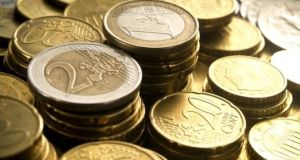 Some 323 debt-solution arrangements were approved in the April to June period, bringing the total number since 2013 to more than 3,500.

The economy may be in recovery mode but the number of people in financial difficulty shows no sign of abating with a 71 per cent increase in applications for debt solutions recorded in the second quarter.

New figures from the Insolvency Service of Ireland (ISI) show there were 1,259 new applications for solutions with the total debt involved in the cases created estimated at €588 million.

Overall, there have been 9,361 debt solution applications submitted since the establishment of the ISI in 2013.

Some 323 debt-solution arrangements were approved in the April to June period, bringing the total number to more than 3,500.

During the second quarter there were 1,082 applications for personal insolvency arrangers, which provide for restructuring or settlement of secured debts.

The number of protective certificates increased by 26 per cent to 617.

ISI director Lorcan O’Connor said the spike in numbers was directly attributable to the success of Abhaile – the State-funded service for people whose homes are in mortgage arrears.