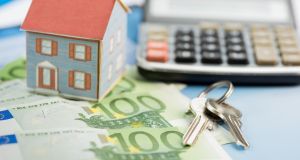 Senior officials have raised the prospect of abolishing relief on family homes from capital gains tax when they are sold. Photograph: iStock

Senior officials have raised the prospect of abolishing relief on family homes from capital gains tax when they are sold.

The measure is one of a number of options on the reform of capital gains tax put forward by the Department of Finance’s tax strategy group.

At present, taxpayers pay capital gains tax at 33 per cent on the increase in value of any property or assets between the time they buy and sell it. However, the family home is exempt from the tax.

In a series of documents designed to inform the Minister for Finance and his Government colleagues of available options ahead of the budget in October, officials set down possible reforms that would involve the partial or complete elimination of the protection of the family home from taxation when it is sold.

The officials also raise the possibility of introducing a new lower rate of capital gains tax that would apply only to gains made on the sale of the family home.

The officials write that some countries already restrict the freedom of the family home from capital gains tax. In Portugal, they note, the sale of a family home is tax free only if the entire profits are invested in a new home within that country.

Removing the tax exempt status of the family home is just one of four current capital gains tax breaks considered in the paper. However, the officials warn that tinkering in the other three areas – relief for entrepreneurs, retirement relief and special incentives to help the property market recover between 2011 and 2014 – would be counterproductive or logistically complex.

No such warning is included in relation to changing the rules on the status of the family home.

The tax strategy group is charged with examining and developing proposals in relation to tax and levies for the budget and the subsequent Finance Bill within agreed Government parameters. It also looks at strategic options in the area of social welfare.

Other areas facing possible change in the budget include tobacco and betting.

Ireland has the highest rate of excise duty on tobacco products in the EU, but the tax strategy group says there is still scope for further increase, and sets down the revenue implications of a rise of up to €1 on a pack of 20 cigarettes.

On the other hand, the report does not recommend applying excise on vaping products at this time, given the difficulties in collecting the excise, and given that many sources consider e-cigarettes to be a cessation tool and less harmful than cigarettes.

The racing industry bodies suggest that if bookmakers cannot bear a doubling of the current tax rate to 2 per cent, it “might best be levied on the punter”.

The tax strategy papers also address the possible merger of USC and PRSI in line with a leadership election pledge of Taoiseach Leo Varadkar, and outlines the “theoretical advantages” in doing so, as well as the “challenges which would need to be overcome”.

The advantages include the fact that both PRSI and USC are “individualised taxes, whereas income tax allows for joint assessment of married couples / civil partners”; the tax base for both are similar “including most forms of earned and investment income and excluding social welfare income” and that there are few tax credits or reliefs, as there are with income tax.

Among the challenges are that those over 66 do not have to pay PRSI, but are liable for USC.