Latest data show consumer prices were 1.2% lower in September than a year ago 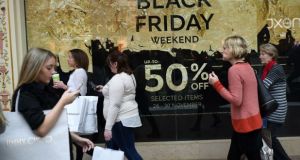 Consumer prices were on average 1.2 per cent lower in September compared with a year ago as the cost of communications, transport, clothing and footwear all fell.

The decline, detailed in the latest consumer price index, was driven in the main by falling oil prices globally.

This drove transport costs, which have a greater weighting on the index, down by 3.5 per cent.

Within this category, the cost of petrol was down by 4.4 per cent on a 12-month basis while diesel prices were down by 5.2 per cent.

There were also declines in the cost of communications (-8.1 per cent ); clothing and footwear (-5.8 per cent); and furnishings, household equipment (-3.8 per cent).

In inflation terms, the decline constituted a 10-year low and marks a shift from inflation to deflation, a reflection of curtailed demand in domestic and global markets arising from Covid-19.

A year ago average prices were rising at an annual rate of just over 1 per cent.

Annual inflation in the 19 countries sharing the euro fell to minus 0.3 per cent in September, its lowest in more than four years, from minus 0.2 per cent a month earlier.

More worryingly for ECB policymakers, underlying inflation, which excludes volatile food and energy costs, fell to 0.4 per cent from 0.6 per cent, far from the ECB’s target of almost 2 per cent.