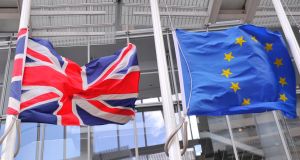 Many Irish small- and medium-sized businesses are still unaware of the dangers posed to them by Brexit, according to a new report which calls for a nationwide campaign to highlight the risks, and of an “early warning system” to identify threatened sectors.

The report, which comes from the Joint Committee on Jobs, Enterprise and Innovation, also calls for increased funding for enterprise agencies such as the IDA and Enterprise Ireland to mitigate the effects of Brexit, and it urges the Government to seek changes to EU fiscal rules to allow for more capital investment.

The joint committee, which recently held five days of hearings to examine the likely economic repercussions for Ireland of Britain’s exit from the European Union, said an education campaign is urgently required to increase awareness around risks for SMEs.

“The committee is particularly concerned about the preparedness of Irish businesses, notably SMEs, to deal with the consequences of Brexit. It is important that there is an understanding that SMEs and indigenous firms will, in all likelihood, face higher risks that foreign direct investment [FDI] firms,” it says.

The study notes that some Irish companies have been looking at shifting part or all of their operations to the UK and urges the Department of Jobs, Enterprise and Innovation develop measures to track the number of firms doing this to determine what steps can be taken to reduce this.

The report recommends that the Government should argue the case for designated special status for Northern Ireland within the EU, thereby ensuring it maintains access to the single market and safeguards the peace process.

It also warns against approaching any negotiations in a way that might cause “unnecessary disputes” between the UK and other member states, and calls for increased investment in infrastructure in areas such as broadband and transport.

The committee calls for additional investment to be made in housing and office space as well, to allow the country to exploit any opportunities arising from companies wishing to locate to Ireland from abroad.

Fianna Fáil’s Stephen Donnelly, a member of the committee, said the range of possible Brexit outcomes is huge, going from a benign European Free Trade Association (EFTA)-style arrangement, to no agreement.

“If the latter were to happen, trade would essentially stop with the likelihood of British planes being unable to land in the EU and question marks as to whether Ireland could continue to export to the UK,” he said.

“The challenge for Irish companies is that they are going to have to manage within that massive range of possibilities.”

Mr Donnelly said Enterprise Ireland needed to be more active in terms of assisting SMEs on a practical level in areas such as currency hedging.

Meanwhile, Isme chief executive Neil McDonnell said that, while additional funds for agencies could be useful, a new body dedicated solely to Irish SMEs is required because Enterprise Ireland is too focused on start-ups and exporters.