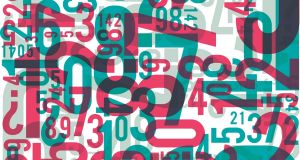 The Central Statistics Office (CSO) said, as it published the latest national economic figures, that an expert group examining how to come up with alternative indicators to reflect the domestic economy’s performance expected to have its report finished by the end of the year.

We can only hope it does – and that something happens as a result.

Because yet again the measurement of what is going on in the economy is distorted by the activities of multinationals.

It is not as dramatic as the famous “leprechaun economics” episode, which showed growth earlier this year at 26 per cent. yet much of the breakdown of the figures is completely useless. And it also means that the overall rate of growth remains overstated.

Goodbody stockbrokers calculate that the underlying domestic economy is growing at a rate of a bit more than 3 per cent – still double the euro area average. You could argue what the “real” rate of growth is, but it certainly is not 10 per cent or even 7 per cent.

This is not the CSO’s problem – it is measuring using international conventions – but a whole host of distortions are playing into the data.

From movement of intellectual property by multinationals – which has made a complete mess of the investment and import figures – to contract manufacturing and profit repatriations, we can again see the impact of big companies on the data of a small economy.

Exports are more sluggish, while consumer spending is moving ahead, although modestly enough at just over 2 per cent on an annual basis.

It is important that we calculate our policy options based on realistic figures. Already the distortions are affecting some key figures, such as the debt-to-GDP ratio now hopelessly distorted. This is why the expert group’s work is important.

To decide what to do next, it is first necessary to work out exactly what is going on now.