While No vote was priced in, markets await rescue plan for problematic banking sector 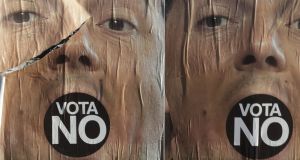 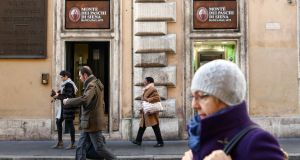 For long periods during the financial crisis, it was economic developments which were driving politics, as leaders scrambled to keep up with the extraordinary financial and market pressures. Now the financial markets are – to a large extent – being driven by politics. And so how the political situation in Italy plays out will be crucially important for European markets, and possibly even for the future of the euro itself.

Europe’s finance ministers were taking a “nothing to see here” approach at a scheduled meeting yesterday, but all will know about the potential instability which could spread quickly from the third-largest economy in the euro zone. As a member of the euro, and one crucially reliant on the value of the currency, the cost of borrowing and the stability of the euro zone, Ireland has a vital interest in all this.

The initial market reaction was volatile, but after an overnight fall the euro regained ground and government bond markets steadied. Investors had expected a No vote, and that is what they got, but the scale of the defeat and the political and financial uncertainty now facing Italy will mean the markets will remain nervous.

What will drive events in the short term are the problems facing the Italian banking sector. While Italian bank shares bounced after a big drop on opening on Monday, they remained generally weaker in the afternoon, down 3-4 per cent.

The immediate risk surrounds a rescue plan for the world’s oldest surviving bank, Monte dei Paschi di Sienna, which requires €5 billion in equity investment as part of a complex financial restructuring. On Monday, discussions were continuing with the Qatar Investment Trust to try to secure the first €1 billion of this. This is seen as key to persuading a group of other smaller financial institutions to invest.

With its shares down more than 85 per cent over the past year, time could quickly run out for Monte dei Paschi. Other banks, such as Unicredit, Italy’s largest, are also planing to raise new capital, though they are not as deeply troubled as Monte dei Paschi. If Monte dei Paschi fails to restructure, then the other banks – also weighed down by bad loans – could struggle too, or have to pay more to raise funds.

The concern now is that private investors step back, worried by the political and financial uncertainty, requiring the Italian state to step in to rescue Monte dei Paschi and possibly some other banks. With a high debt-to-gross-domestic-product ratio of more than 130 per cent, yet more debt is the last thing the Italian state requires. Also, Italian small investors hold an estimated €200 billion in bank bonds and could, under EU rules, face losses if banks are restructured or put into wind-down, posing a huge political headache.

With the banks under pressure to raise capital quickly, this situation will start to clarify itself in the next few days. This is the initial pressure point after the referendum which, if it is not resolved, could quickly lead to upward pressure on Italian government borrowing costs and cause wider nervousness in markets.

For Ireland, it is too soon to tell if this has any implications for the start of the State sell-down in AIB shares, or for the general operating environment for the banks. But general upheaval in European banking markets would not be welcome here at a time when the banks are only just returning to financial health.

The other key factor for Ireland is the value of the euro. After falling in early trading yesterday – leading to the euro dropping to about 83p sterling – the single currency recovered in later trading. The euro was later trading well over 84p sterling. The talk from dealing rooms is that a No vote had been “priced in” , in other words expected by investors. How the banking situation in Italy plays out will now be a factor for the euro.

So will Italian politics. In the same way as sterling has swung around since the Brexit vote, influenced by political developments in the UK, the political game in Italy will now be important for the euro. Scepticism about the single currency has grown as the Italian economy has languished in recent years, explaining in part the popularity of the Five Star Movement, an opposition grouping led by comedian Beppe Grillo, which has promised to hold a referendum on euro membership if it comes to power.

Some kind of interim or technocratic government, possibly led by the outgoing finance minister, may take up the reins in the short term and will try to plot a steady course. However, the political support for an exit from the euro in Italy is clearly a potentially destabilising factor in the months ahead, with attention also turning to the forthcoming elections in France, Germany and the Netherlands.

1 Elderly parents living in property you own will save you on capital gains tax
2 How safe is it to go back to the office?
3 Construction workers among first PTSB borrowers off payment breaks
4 Owner of Dundrum Town Centre to sell prized assets
5 More than 40% of help-to-buy recipients already had deposit
6 Regeneron says its antibody cocktail prevents and treats Covid-19 in animals
7 Most workers now expect choice to work from home part-time
8 Help-to-Buy bonus; a taste for working from home; and two landmark deals
9 It is never too early to talk about saving for Christmas
10 56 financial firms entered or expanded Irish operations in 2020
Real news has value SUBSCRIBE