Company targeting 40% reduction in carbon consumption by end of 2020 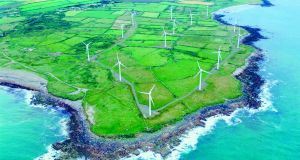 Fruit and vegetable producer Total Produce has moved to 100 per cent renewable electric energy sources to power its Irish business as it targets a reduction in its carbon consumption.

The Dublin-listed company anticipates a 40 per cent reduction in carbon consumption by the end of next year having transitioned 22 units across Ireland to renewable electric power.

“Our transition to renewable energy demonstrates our ongoing commitment to reducing ever further our impact on the environment and is but one component of a broader suite of measures being put in place as part of our ongoing journey towards becoming an ever more sustainable company,” said Des McCoy, director of Total Produce Ireland.

As well as its Irish operations, Total Produce has more than 260 facilities including Costa Rica, Spain, Holland and India.