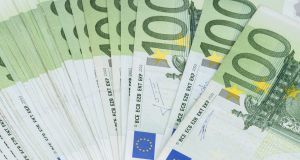 Accounts filed with the Companies Registration Office show that BMD’s revenues rose 43 per cent to €49 million in 2018 from €34.6 million the previous year. Operating profit grew 80 per cent last year to €3.9 million from €2.13 million.

The directors’ report attributes the improved financial performance to “additional business that the company was successful in securing last year”.

BMD paid a dividend of €613,000 to shareholders, including managing director, Mike Walsh, and fellow directors, Paul Keegan and Frank O’Keeffe, in 2018. Shareholders received €581,000 the previous year.

Based in Little Island in Cork Harbour, BMD is more than 40 years old and focuses on industries such as biopharmaceutical production, oil and gas, and energy. The company supplies and fits the equipment used in these industries. Its employees are mainly craft workers, engineers and surveyors.

A proportion of its work involves replacing and upgrading parts of customers’ plant and equipment and the company draws most of it from Ireland and Britain.

Clients have included multinationals such as Pfizer, Eli Lilly, Novartis, Gas Networks Ireland and others in that sector although confidentiality agreements mean that it does not name current customers.

The company began life as a subsidiary of Bowen Construction. Eight years ago, Mr Walsh and his management colleagues bought the company out of the larger group, which the National Asset Management Agency (Nama) had just placed in receivership.

Assets included close to €2.8 million in cash, stocks of €4.7 million, while debtors, the bulk of which were clients, owed it almost €6 million.

BMD owed €4.5 million to creditors, with suppliers accounting for close to €1.7 million of this total. Net cash flow doubled to €3 million from €1.5 million and the business had no bank debt.

In their report, the directors state that they plan to continue the company’s current business and to explore opportunities for further revenue growth.