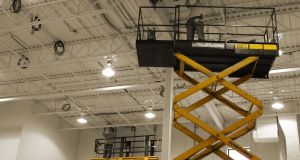 The appointment of James Butler of GBW accountants as the company’s liquidator was ratified at a creditors’ meeting on Friday. Photograph: iStockphoto

Precision Electric Ireland has entered liquidation while owing more than €4.3 million to creditors, €3.2 million of which is due to unsecured creditors.

The decision to wind up was taken by the company directors on the basis that the company’s liabilities far outweighed its assets. According to the directors’ estimated statement of affairs, the total deficit at the company is €727,558.

As of May 5th the company had €19,269 in cash at the bank. The most significant asset for the engineering services firm was its work-in-progress claims which amounted to in excess of €4.4 million but were estimated to realise €3.5 million. According to the statement of affairs, “the realisable value of the work in progress is contingent upon the degree of completion of each project on a case-by-case basis. The directors will work with the liquidator to recover as much value as possible from this.”

The company stands to gain €30,000 from a wholly owned subsidiary in the UK. Precision Electric bought the subsidiary for €225,864 in 2010. That company is said to be available to the liquidator to sell on the open market.

Garrabridge Limited, a lighting fixtures distributor registered in Cahir, Co Tipperary, tops the list of unsecured creditors because of a total balance of €256,369 due.

In total, the company has 145 unsecured creditors, many of which are small, independent contractors.

Speaking to The Irish Times on Thursday, one creditor, who was owed €32,000, said that he had never had problems with the company before and that it was highly respected. Another creditor backed up that assertion.

Also due significant amounts of money are Eastern-EWL Electric and Kellihers Electrical – they are owed more than €214,000 and €205,000 respectively.

Atradius, a trade credit insurer, represents seven suppliers of Precision Electric. Speaking to The Irish Times, Tony Gordon, senior risk manager with the insurer, said that he expects to recoup 20 cent on the euro from the company for his clients.

The appointment of James Butler of GBW accountants as liquidator was ratified at a creditors’ meeting on Friday after a challenge from KPMG.