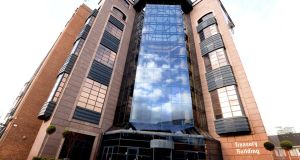 The State’s finance agency is seeking bids for the development and operation of six social housing sites.

The National Development Finance Agency (NDFA), an arm of the National Treasury Management Agency and responsible for public-private partnership (PPP) projects, issued the notice on Tuesday with plans for up to 560 housing units on the six sites.

It is the first PPP bundle in the Government’s social housing programme announced as part of Budget 2015. The project comprises the design, build, finance, operation and maintenance of six developments across Co Dublin, Co Kildare, Co Wicklow and Co Louth. A spokesperson for the Department of Housing told The Irish Times that the land in question is currently owned by the relevant local authorities.

In October 2015 the then minister for local government Alan Kelly announced the location of the sites as Ayrfield on the Malahide road, Corkagh Grange in Clondalkin, Craddockstown in Naas, Ravel in Louth, Scribblestown in Finglas and former Convent lands in Wicklow town.

The number of units per site will vary from 50 to 150 units, according to tendering documents, while the project is expected to run for 25 years.

The NDFA anticipates that rent collected from tenants of the social housing units will be passed back to the State and will not form part of the payment. However, one requirement for the project is that it be classified off the general balance sheet of the Government.

Nomination of tenants will be the exclusive responsibility of the relevant local authorities and rent levels will be set by them. The Government is not expected to participate as an equity provider to the project.

A minimum of three candidates will be selected following evaluation of a number of criteria including the financial robustness of the candidate consortium and technical and/or professional ability to design, construct, maintain and operate the project. The main contractor will be expected to have a minimum annual turnover of €75 million for each of the previous two financial years.

Tendering documents outline that the award of the contract will be based on the most “economically advantageous” tender. It is expected that the weighting of the award criteria will be 60 per cent quality/technical and 40 per cent financial.

The NDFA is currently acting as financial adviser or procuring agent in respect of approximately 20 projects.