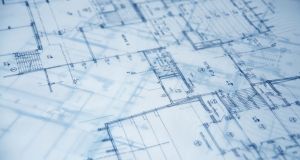 The plans also include a convenience store, cafe, gym and creche on a 3.9 hectare site on Carnlough Road in the northside suburb. Photograph: iStock

Planning permission has been granted for a new development of almost 500 homes and a neighbourhood centre on a former CIÉ site in Cabra.

An Bord Pleanála has approved plans by Seven Cabra Real Estate for the construction of 485 apartments as well as a convenience store, cafe, gym and creche on a 3.9 hectare site on Carnlough Road in the northside suburb.

The company is managed by UK real estate investment management company, Tristan Capital Partners, which acquired the site from developer Pat Crean’s Marlet group in a deal believed to be worth around €39 million.

Marlet previously obtained planning permission under the same fast-track process for strategic housing developments for 420 homes on the same site.

The new development will be spread over nine blocks, up to eight storeys in height extending to 24 metres.

Almost two-thirds of the units will be two or three-bed apartments.

One of the buildings in the development, which will be known as Hamilton Gardens, will be used to provide amenity space for residents including meeting rooms, co-working space and a cinema.

The development also received the backing of Dublin City Council which said it was satisfied that the plans complied with guidelines on minimum-size standards, dual aspect and private open space.

An Bord Pleanála said the plans, subject to a number of planning conditions, would constitute an acceptable quantum and density of development in an accessible urban location.

The board said the proposed development, would also be acceptable in terms of urban design, height and pedestrian and traffic safety and would not seriously injure residential or visual amenities of the area.