The reit owns a diversified portfolio of Irish commercial property assets, with a focus on assets outside of Dublin’s central business district 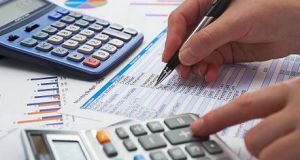 “We are pleased that our tenants’ businesses have recovered sufficiently that we could record increased collections for the fourth quarter despite the continued challenging market conditions.” Photograph: Getty Images

Irish-listed property investor Yew Grove said on Monday that rent collections almost fully recovered in the fourth quarter after it agreed rent holidays for some tenants earlier in the year.

Rent collections for the fourth quarter are almost at 100 per cent, Yew Grove said, with 99.95 per cent of the amount owed collected, with the balance “expected shortly”. This compares with collections of 97 per cent and 98 per cent for the second and third quarters respectively.

Earlier this year the investor agreed temporary rent holidays for non-food retail businesses, which accounted for about 1 per cent of its rent roll. However, those businesses have now reopened and rent is being collected, Yew Grove said.

In addition it had agreed a rent deferral for a tenant that had been affected by the suspension of non-Covid-related hospital treatments, but the business had since recovered and was paying rent and repaying the deferral.

“We are pleased that our tenants’ businesses have recovered sufficiently that we could record increased collections for the fourth quarter despite the continued challenging market conditions,” said Jonathan Laredo, chief executive, adding that the company was also working actively on rent reviews and new leases, and would update the market when it made “ material progress”.

Yew Grove said it expected its strong collection numbers to feed through to the final-quarter dividend.