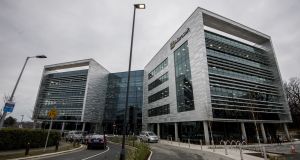 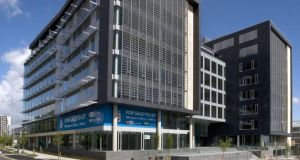 A new study has set out in detail the importance of the technology, media and telecommunications (TMT) sector to Dublin’s office market. While the rise of the TMT industry has been a global phenomenon with implications for office markets across the world, few cities have felt the impact of tech’s rise as keenly as Dublin, according to research by agent Knight Frank.

Alphabet (Google), Microsoft (owners of LinkedIn), Amazon and Facebook accounted for six out of the 10 top office deals in 2017. The report says the trend shows no sign of abating, with Google’s taking of 4,914sq m (52,900sq ft) at The Chase in Sandyford expected to be the first of many large lettings for the TMT sector in 2018.

These aforementioned companies are no longer leaders just in the tech space: in the preceding order, they finished 2017 as the largest companies in the world by market capitalisation, behind only Apple, whose European headquarters is in Cork. What’s more, despite their already large size, they are expanding rapidly and leading the race to become the first trillion-dollar company. For example, Facebook’s revenue in the fourth quarter of 2017 grew by 48 per cent year on year to $12.9 billion (€10.5 billion).

Declan O’Reilly of Knight Frank says that aligning its fortunes with the world’s largest and fastest-growing companies had been the primary factor in the expansion of the Dublin office market in recent years.

“This is an accelerating phenomenon that has come post-2010,” he says, “with the quantum of space taken by the four largest TMT firms in Dublin increasing fourfold over the period. Interestingly, venture capital funding to tech in Dublin is trending upwards along with tech take-up, which is supportive of the view that the arrival of those established global firms is helping foster start-up activity in Dublin.”

Putting Dublin in an international context yielded some interesting results, O’Reilly added. The top five companies occupied less space in Dublin than in London and New York in absolute terms (an estimated two million square feet compared with 2.6 million and 3.1 million square feet, respectively). However, they accounted for a much higher relative footprint in Dublin – 4.9 per cent compared with 1.1 per cent and 0.7 per cent.

According to O’Reilly, it is worth noting that the space occupied across these three cities paled in comparison with their operations in their respective global headquarter cities, which stood at more than 45.5 million square feet combined.