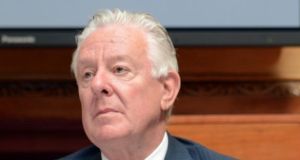 No financial details have been disclosed for the investment, under which Mr Vernon is to join the Staycity board as a non-executive director.

Staycity, which offers short-term and long-term apartment and aparthotel lettings, was founded in 2004 by Tom Walsh and his brother Ger, starting with a single apartment in Dublin’s Temple Bar, a former recording studio used by the likes of U2.

The company runs its own properties, and last year moved into creating purpose-built serviced apartments under the Wilde brand. It currently has a portfolio of 2,114 units across Europe with more than 850 more to come onstream this year.

Staycity is also forecasting strong revenue growth with a plan to grow turnover from approximately €70 million in 2018 to €500 million within five years.

In December, Staycity opened its fourth property in Dublin with 50 apartments in Chancery Lane. This year the company intends to open additional properties in Paris, Venice, Edinburgh, Berlin and Manchester.

“I’m delighted to become involved with the Staycity Group. It’s a dynamic business with exciting growth plans to be the biggest pan-European aparthotel company – I’m very much looking forward to being a part of that,” said Mr Vernon.

Mr Vernon, a former EY Entrepreneur of the Year winner, has been chairman of all the companies trading as Green Property since 2002. Prior to this, he was managing director of Green Property plc, which, under his leadership, grew its market capitalisation from €9 million in 1993 to €1 billion in 2002, when he led a leveraged buyout of the company in a transaction worth €1.85 billion. He was one of the lead developers behind Blanchardstown shopping centre, which was sold to Blackstone for €950 million. He was one of the investors to survive the 2008 property crash.

Green Reit, which is led by Mr Vernon and Pat Gunne, was the first real estate investment trust listed in Ireland. It currently owns more than €1.42 billion worth of commercial property with an annual rent roll of €72.8 million.

Davy “significantly upgraded” its forecast for Green Reit last October after it recently recorded stronger than expected full-year figures. The upgrade came shortly after the group announced its exit from the retail sector in favour of opportunities in the logistics sector.

“It is an honour to have Stephen join our board and for his foundation to join our shareholder group. Stephen will add enormously to our success and our ability to secure future sites and most importantly, he is a great fit for our culture. I look forward to many years of interesting and challenging collaboration with him as we continue on our ambitious journey to scale the business,” said Tom Walsh, Staycity’s chief executive. The investment deal was arranged by financial services company Investec.