Lisney brings it all back home with 9% increase in revenue 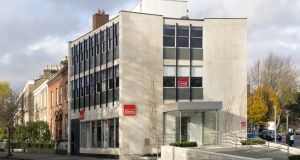 Lisney has offices in Dublin, Cork and Belfast and employs just over 100 staff

Irish estate agent Lisney posted a 9 per cent increase in its revenues in the year to the end of March 2018 as a result of increased sales across its various lines of business.

Lisney has offices in Dublin, Cork and Belfast and employs just over 100 staff. These results represent its activities in the Republic only.

Duncan Lyster, Lisney’s managing director, predicted that Lisney would sell about 350 new homes in the current financial year, between 500 and 600 investment properties, and 400 second-hand homes.

The agency will shortly begin marketing the Fernbank residential development in Churchtown, south Dublin for rent on behalf of Irish Life Investment Management.

In April, Lisney sold the high-profile Elysian apartment block in Cork on behalf of US investment fund Blackstone to Kennedy Wilson for €87.5 million.

In May, Lisney acquired rival agency Morrissey’s, which specialises in the hospitality sector. Lisney also recently sold a car park on Pembroke Lane for €2 million.

In terms of the outlook for the new homes market in 2019, Mr Lyster said: “There is an issue with the funding of buyers, which is down to the limits on mortgage exemptions. They are being used up [by the banks] in the first half of the year and it can be difficult to sell in the second half of the year.”

Mr Lyster said commercial investment sales this year would likely hit €3.5 billion, “not far off the record” and about €1 billion ahead of previous forecasts. He said there has been strong activity in the build-to-rent sector, while there has also been an increase in money coming in from the Far East.

“There has been some new capital coming in to the market,” he said, adding that UK developers have also become active here.

Separately, property consultants CBRE Ireland said almost €1.5 billion in development land changed hands in the Irish market this year across 125 transactions. The volume of land traded was almost double that recorded in 2017 across 137 transactions.

Marie Hunt, executive director and head of research at CBRE Ireland, said this was the highest volume of land traded in more than a decade.