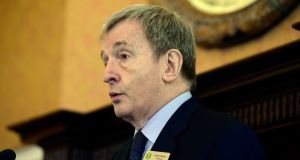 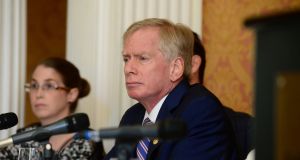 Backers of the Republic’s biggest landlord should be concerned at its former chief executive “bailing out” of the company, a shareholder told its annual general meeting (agm) on Tuesday.

Speaking at Ires’s agm in Dublin, shareholder David McCabe argued that the company, which owns and rents out 2,670 apartments, faced challenges as it worked to add 650 homes to this total.

“When your managing director bails out it gives you cause for concern,” he told the meeting.

Chairman Declan Moylan pointed out that Mr Ehrlich, who stepped down in October, had been appointed chief executive of Ires’s biggest shareholder, Canada’s Capreit, the organisation to which he sold his shares.

“It’s not as if he bailed out; I would say that’s rather an emotive term,” Mr Moylan added. Mr Ehrlich remains on the Ires board and was at the agm.

Speaking after the meeting, Ires chief executive Margaret Sweeney explained that Mr Ehrlich had exercised options granted him under the trust’s long-term incentive plan and sold them, which he was entitled to do.

Mr McCabe said he feared Ires was not generating cash to fund its expansion plans, as it was returning money to shareholders in dividends.

He warned that the company could not depend on renewing its bank debt when it fell due in 2021 as economic conditions could be very different by then.

Ms Sweeney said that the board was reviewing Ires’s capital structure. She also pointed out that the law underpinning the investment trust structure obliged it to pay the dividends.

“There’s a great discipline in the reit structure, which provides for borrowing up to 50 per cent of assets,” she said. “The board’s internal policy is that that goes no further than 45 per cent.”

At the end of last year, Ires’s net assets stood at €504 million while its debt amounted to one-third of this.

After the meeting, Ms Sweeney confirmed that Ires had considered buying the Elysian Tower in Cork. Rival Kennedy Wilson bought the 17-storey block, with 200 apartments, in March for €85 million.

Ms Sweeney said that Ires would consider buying assets outside Dublin. Currently all its properties are in the capital. “Our target is for 5,000 units all over Ireland, ” she pointed out.

Ires buys developments and adds to them. In Dublin, the trust is seeking planning permission to build 450 homes at Rockbrook in Sandyford through a fast-track system for large residential projects run by An Bord Pleanála.

It wants to build another 80 apartments at a nearby site close to the Beacon Hospital and 60 at Baker’s Yard, close to Croke Park on the city’s northside. Ms Sweeney added that Ires was “always looking for opportunities”.

Almost all Ires’s homes are occupied. Tenants pay an average of more than €1,500 a month. Income from this came to €36.3 million last year.

10 Who is going to pay for costs of working from home?