Developer to bring in huge urban centre with shops, offices, hotel and 400 apartments 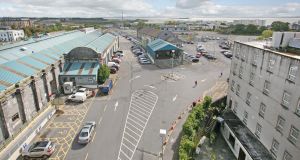 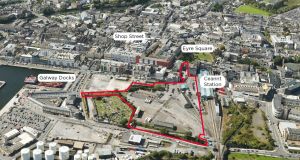 Property developer Gerry Barrett has been awarded the contract to develop a key site of 8.2 acres beside Ceannt Railway Station in Galway city centre. The board of CIÉ has ratified the appointment, which will open the way for a substantial new urban quarter with a mixture of shops, offices, a hotel, apartments and a transportation interchange.

Barrett is reported to have beaten off stiff competition for the contract to develop what is easily the best-located development site in the city. CIE was apparently impressed by his vision for the new complex as well as his track record in delivering rejuvenation projects in a number of centres before the property crash, including Kirwans Lane in Galway, Mount Kenneth on the Docks Road in Limerick, and Scotch Hall in Drogheda.

This will mean a much-needed 400 new city centre apartments. The core of the development will be a new urban quarter anchored by a high-profile retail centre of 46,000sq m (495,143sq ft) and a new transport hub.

In an ironic twist of fate, the programme will see Barrett return to the hotel business in Galway, as the plan will include a newly built 200-bedroom hotel. This is despite an unsuccessful battle with Deutsche Bank to hold on to his two successful local hotels, the G and the Meyrick.

In addition to the Ceannt Quarter, Barrett also faces the challenge of developing the 2-acre Bonham Quay close by in the Galway docklands. He has already secured planning approval for more than 26,000sq m of Grade A office space that could accommodate more than 2,500 employees. The four office blocks already approved are expected to cost more than €100 million to develop.

The two development sites will allow Galway city planners to rebalance the future development of the city. Like many other major urban areas, Galway has suffered from a donut effect of new retail developments moving out to the city fringes, leading to traffic congestion and long delays.

The two new office sites controlled by Barrett are likely to be considered as a future working destination by multinationals looking for a more competitive locations than Dublin, where office rents are still shooting up as a result of Brexit.

Cushman & Wakefield is handling the Galway sale for CIÉ while Barrett is being advised by Ed Douglas of LSH.