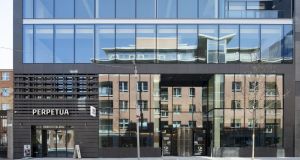 The building is now let to Zalando, Udemy and gym firm Perpetua, at a contracted rent of €3.9 million per annum.

The news follows Hibernia Reit’s statement earlier this month that negotiations over leases on the majority of its vacant office space were “advanced” following an active fourth quarter in the Dublin office market.

“Following this letting the Quarter’s circa 400,000 sq ft of office accommodation is fully occupied, marking the completion of a six-year programme to transform the Windmill Lane area in Dublin’s South Docks and the creation of our first cluster of office buildings,” said Justin Dowling, Hibernia’s director of property.