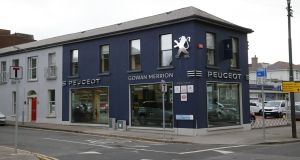 One local resident had said the proposed development would be “monolithic”. Photograph: Nick Bradshaw

Planning permission has been granted for a six-storey apartment block on the site of a former Gowan Motors site on Merrion Road in Dublin 4.

Dublin City Council has granted planning permission to 1 Merrion Land Ltd for the 63 apartments on the corner site of Merrion Road and Herbert Avenue, despite local objections.

The grant of permission follows 1 Merrion Land Ltd previously being refused planning permission for an eight-storey apartment block with 66 apartments at the same site at 143 Merrion Road.

The council said the new plan would not seriously injure the residential amenity in the vicinity.

The Herbert Avenue Residents’ Association had told the council that the proposed six storeys “will be completely out of kilter with Herbert Avenue residences with a maximum of four storeys”.

Local resident Owen Doyle contended that the apartment block would be “monolithic” and “would dominate and harm the streetscape”.

Mr Doyle argued that the mass of the development shoehorned into a small site “which would create a long term unalterable and unwanted blight on the streetscape”.

Separately, the council has put a companion application by 1 Merrion Land Ltd for a five-storey block further down Merrion Road on another former Gowan Motors site on hold.

The Council has requested further information on the 43-unit plan at 169-177 Merrion Road.

The Merrion Road Residents’ Association has called on the council to refuse planning permission.

The residents say An Bord Pleanála refused planning for an apartment block on the same site just last March. They say the new proposal is too bulky at its core and would dominate and be obtrusive to surrounding established residences.