Almost a quarter (23.5%) of all commercial properties in Ireland are located in Dublin 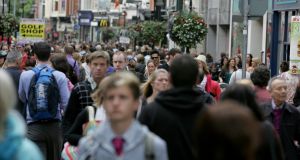 The commercial vacancy rate in Dublin was 12 per cent, which was 1.3 per cent lower than the national average.

Commercial vacancy rates increased in all four provinces last year, according to a new report.

The national commercial vacancy rate stood at 13.3 per cent during the final quarter, which represented a 0.1 per cent increase on the same period the year before.

The commercial vacancy rate in Dublin was 12 per cent, which was 1.3 per cent lower than the national average.

Almost a quarter (23.5 per cent) of all commercial properties in Ireland are located in Dublin, equating to almost 50,000 commercial address points.