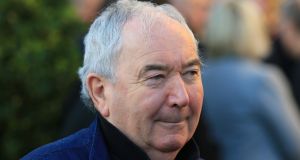 Businessman Harry Crosbie, who has placed the family haulage business into voluntary liquidation. Photograph Nick Bradshaw for The Irish Times

Businessman Harry Crosbie has decided to close the family business after four generations in haulage, following a long-running dispute with Dublin Port Company over a lease on a yard in Dublin’s docklands.

Automation Transport Ltd is being placed into voluntary liquidation, with the company ceasing trading last Friday. Some 22 staff have been made redundant and Mr Crosbie said he is preparing to offload its 16 trucks and about 40 trailers.

The moves comes after the port company invoked a break clause in 2017 in a 20-year lease held by Mr Crosbie’s haulage company. Dublin Port won a High Court judgment in July last year, when Mr Justice Denis McDonald ruled that it was entitled to “recover possession” of the premises at Promenade Road.

The decision to liquidate the haulage business severs a family link with the industry dating back to 1936 when Mr Crosbie’s grandfather, Henry Crosbie, started out with one truck.

In recent years, Mr Crosbie said the company was “carrying for the chemicals and plastics industries” and the business was run by his son, Simon Crosbie.

Mr Crosbie said the business had turnover of about €3 million last year. Its latest filed abridged accounts show it made an operating loss of just under €91,000 in 2018.

Stephen Scott of accounting firm Smith & Williamson has been appointed as liquidator to the business.

Mr Crosbie told The Irish Times that staff would be paid their statutory entitlements.

“Our customers have all been informed that we are ceasing operations and they are making alternative arrangements,” Mr Crosbie said.

Mr Crosbie was critical of Dublin Port in its dealings with the company in recent years. He noted how the State-owned company had acquired two other properties owned by the company following the crash in 2008.

“As part of the deal, and to save 20 jobs and to avoid our men picketing the port gates, we were given a small yard [in 2013] with a 20-year lease and we were promised security of tenure,” he said.

Mr Crosbie and his family have claimed that Dublin Port inserted a break clause at short notice to the signing of the lease, leaving his company with no choice but to sign. This claim has been denied by the port company.

“This break [clause] has now been called and therefore the business that has traded in the port since 1936 has been thrown out into the street with the loss of all jobs and the fleet is being sold off. We will, of course, be appealing this in the courts through our legal team.”

In response, Dublin Port said a Court of Appeal decision on December 20th had given certainty as to its “contractual entitlement to an area of port lands previously leased by Automation Transport”.

“While any decision by the firm to cease operations is regrettable, the management of Automation Transport has been on notice of the requirement to vacate this site since March 2017, a period of almost two years during which to make alternative arrangements.”

Dublin Port said the return of the site would facilitate the wider redevelopment of the port and was “all the more significant given the loss of 10 hectares of lands to state agencies for primary and secondary border inspection posts post-Brexit”.

Mr Crosbie is better known for his involvement in developing the Point Depot/Three Arena, the Bord Gáis Energy Theatre and Conference Centre Dublin. He continues to own the Vicar Street music venue in Dublin city centre.