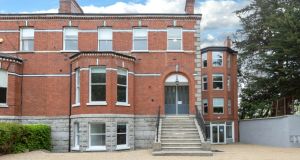 138A Sandford Road in Ranelagh, Dublin 6, has been acquired by OCP as part of the Belgrave II Collection.

Orange Capital Partners (OCP), a Dutch property investment company, has ramped up its investment in Dublin’s private rented sector by acquiring a second portfolio of refurbished Georgian buildings in the Dublin 2, 4, 6 and 8 postcodes for about €75 million, known as the Belgrave II Collection.

OCP made its first investment in the Irish market in 2018 when it acquired a larger portfolio, named the Belgrave Collection, comprising 30 buildings that were split into 265 individual apartments from Larea Fa, a joint venture between Lugus Capital and Broadhaven Capital Partners, for €70 million.

It appears that OCP was satisfied with the performance of its initial investment in the Irish market given its decision to expand its portfolio in the latest deal, the first tranche of which quietly concluded off-market in November 2019 for €54.75 million. A second tranche, which is due to close imminently, will bring the total value of the deal to about €75 million.

The number of units in the 21 buildings acquired in November is unknown, but it is estimated that at least 175 self-contained units traded hands as part of the deal. Lugus Capital and its investment partner assembled the portfolio of properties at a cost of €24.5 million between August 2017 and December 2018. Since that time, significant expenditure was incurred improving and refurbishing all of the buildings.

A source familiar with the refurbishment of such buildings estimated an indicative cost of €1,290 per square metre (€120 per square foot) for refurbishments. This results in a spend of several hundred thousand euro per property in order to make them compliant with local authority housing standards, fire safety and building regulations.

Notwithstanding these costs, the price achieved represents a staggering 123 per cent increase in the price originally paid for the properties in a short period of time.

When bedsits were banned in 2013, swathes of properties in coveted Dublin locations became unfit for purposes and did not meet minimum rental standards. With many traditional landlords being unable or unwilling to commit substantial investment into pre-1963 buildings in order to bring them up to standard, a large number of such properties were offered for sale. Concurrently, the demand for private rental accommodation grew incessantly with limited supply of new stock.

Lugus Capital and its investment partner identified a lucrative formula of acquiring well-located bedsits, modifying and refurbishing the buildings in order to capitalise on the dearth of rental accommodation available.

1 If you think governments are spending money now, just wait
2 Remote working doesn’t suit everyone, and it exposes woolly leadership
3 Coronavirus: Construction sector most significant part of new shutdown
4 British exceptionalism backfires in style as Johnson tests positive for coronavirus
5 First look: Huawei’s P40 Pro – are you ready for a Google-free life?
6 Will Covid-19 force Primark to rethink decision not to sell online?
7 Volkswagen burning through €2bn in cash per week
8 Usit travel group in liquidation due to coronavirus crisis
9 ESRI warns Ireland heading for recession this year as Covid-19 hits economy
10 Can husband keep savings and half the house in divorce?
Real news has value SUBSCRIBE