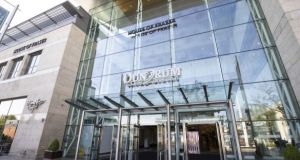 Ms Gagné joins the company from real estate company Ivanhoe Cambridge where she served as president of growth markets and had responsibility for $7.6 billion (€6.5 billion) of assets across Asia Pacific and Latin America.

Prior to this she held a number of roles at Société immobilière Trans-Québec.

Ms Gagné is expected to take up her new role before the end of the year with David Atkins continuing to serve as chief executive in the interim.

Hammerson last month said is considering raising capital and selling some of its most prized assets to ride out the coronavirus crisis that is battering shopping centres and retailers.

The company has about £2.4 billion of debt and is looking at a possible share sale to raise as much as £600 million.