2020: An unprecedented year for the investment market 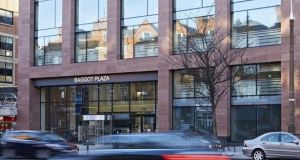 As I was flying back from London at the beginning of March, the captain told us to return to our seats and fasten our seatbelts as he was approaching turbulence. The rest, as they say, is history.

The year 2020 will forever be remembered as the year of the pandemic, and in case you have forgotten the end of the Brexit transition period. 2020 has posed far more questions than I have answers for.

- Is the office dead?

- Will we be working from home permanently?

- There used to be a tourism industry.

- Will online retail signal the demise of the bricks-and-mortar shop?

- Is the supply chain ready for Brexit and e-commerce?

I could go on, but these questions and others are the ones investors face before they even consider the normal property market dynamics of supply and demand, vacancy levels, rental growth prospects and yield movements.

Unsurprisingly, investment volumes are significantly down from what had been an unprecedented record year in 2019 at € 7.2 billion, which was an outlier.

At the end of Q3 2020, €1.7 billion had been transacted in the market. Last year we saw €4 billion trade in the final quarter. This will not be repeated obviously, but the good news is that there are still transactions ongoing, and while some may not complete this year, year-end volumes could end up at around €3 billion, which would be a great outcome given the circumstances.

In the 2020 investment market two sectors have dominated, indicating a flight to quality and risk-averse strategies: the private rented sector (PRS) and core office markets.

The build-to-rent (BTR) sector has dominated investor activity, accounting for nearly two-thirds of all deals. What is interesting is that transactions continued to happen through the pandemic despite travel restrictions.

Deutsche Bank subsidiary DWS were the most active player, spending around €345 million in Dún Laoghaire and across several north city suburban schemes.

Remarkably yields in the sector held up, and are now back at pre-lockdown levels of between 3. 5per cent and 3.75 per cent. I firmly predict that PRS will remain a dominant sector as investors now treat it as a mainstream asset class.

For 2021 keep an eye on the social housing sector as this is an area where we are seeing strong demand from long-income funds.

The office sector was the next most active with a particular appetite for core offices at yields of 4 per cent prevalent.

Deka, Amundi, KanAm, KGal and many others have been buying grade A buildings leased to strong covenants at scale. Headline deals were 28 Fitzwilliam at € 170 million and Baggot Plaza at € 140 million. Clearly these investors share my view that the so-called death of the office is massively overplayed.

Unfortunately there was not the same buoyancy in the retail sector where few transactions took place. Reflecting the difficult occupier market conditions, investors chose to keep their money in their pockets. If we are looking for some hope in retail, the recent change of ownership at Blanchardstown Shopping Centre is encouraging, as is the performance of retail parks and convenience-led retail.

Investor demand for logistics is at record levels, as are yields which are now sub-5 per cent in Dublin. Activity in this area is only constrained by a lack of supply, and I expect a lot of investors to enter the market by participating in development.

The Irish market remains dominated by international investors, with roughly 75 per cent of all deals emanating from overseas. The investor base is broad and from many countries, which is comforting as they see that the post-pandemic fundamentals of the Irish economy and property market remain strong even if we will see short-term recessionary influences.

So while 2020 was a rollercoaster year, in my view it could have been a hell of a lot worse.

John Moran is CEO and head of investment at JLL Ireland