Good year’s work for Revenue as it brings in €572.5m in unpaid tax

Cantillon: As agency gets better at catching tax dodgers, compliance has gone right up 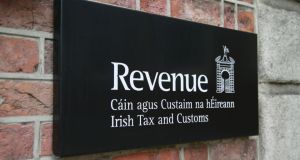 Revenue’s figures suggest that most of us are compliant, with around 99 per cent of taxpayers willingly handing over what the State believes is due. Photograph: Nick Bradshaw

Results from Revenue efforts to uncover unpaid tax almost neatly average at €1,000 per case. The authority’s report lumps this work, including investigations and audits, under the heading “compliance interventions”.

It is not bad for a year’s work, particularly when the same figures show that it costs the State €424.6 million to run the organisation that collects its money from taxpayers. This means compliance activities alone “paid” for the service, leaving almost €150 million over.

Obviously, it is not as simple as that, but it is a far cry from a time when the Revenue attracted lots of criticism for an at-least perceived failure to tackle wholesale tax dodging in the closing decades of the 20th century and the opening years of this one.

Revenue continues to deal with the fallout from that era. For over a decade it has been investigating the use of offshore assets – and bogus non-resident accounts and life assurance products – for tax dodging. These practices began in earnest in the 1980s.

However, that looks to have almost run its course. The report shows that the investigation has yielded €2.9 billion to date, but just €9.86 million of this came in 2018. That suggests that there may be little left to find.

Or, that the tax evaders have found ways to make their cash harder to locate. Revenue’s figures, though, suggest that most of us are compliant, with around 99 per cent of taxpayers willingly handing over what the State believes is due.

Assuming that is true, the best way that Revenue can ensure the habit continues is to continue enforcing the rules effectively. Not because this scares people into paying, but because it reassures the vast majority who do that those who do not stand a good chance of being caught.

* This article was amended on January 8th.