Loans for house purchase at highest level since 2009

New figures show net mortgage lending rose by €964m or 1.3% in the year to November 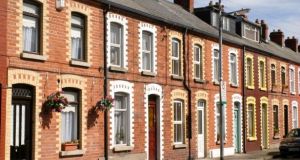 The rise in mortgage loans comes as total loans to households fell 1.1 per cent in the year to the end of November

Loans for house purchase were at their highest since 2009 last year, according to new figures published by the Central Bank.

The data show net mortgage lending rose by €964 million or 1.3 per cent in the year to November with net growth of €131 million in that month alone.

Commenting on the latest figures, Brokers Ireland, which represents 1,250 firms, said the data does not tally with the reality experienced by consumers.

Rachel McGovern, director of financial services at the organisation, said the Banking and Payments Federation Ireland (BPFI) figures for the third quarter showed actual mortgage drawdowns, as opposed to approvals, at 8,727 for the quarter, to a value of €1.985 million, bringing lending for house purchase to €5.093 million for the first nine months of 2018.

“This would indicate that while the situation with mortgages is steadily improving it is still a long way off what could be considered the norm,” said Ms McGovern.

“On that basis we can expect that mortgage lending for house purchase will come in way under the €10 billion figure for the year,” she added.

The rise in mortgage loans comes as total loans to households fell 1.1 per cent in the year to the end of November, according to the Central Bank figures.

Net consumer lending totalled €22 million during the month with new lending exceeding repayments by €233 million on an annual basis.

Net lending for other purposes, such as education, was negative during the month under review.

Deposits from households were €4.6 billion higher than withdrawals over the year at 4.7 per cent, the largest annual growth rate seen since 2008.

Irish households continued to be net funders of the banking system with banks holding €12.3 billion more in household deposits than loans at the end of November, with the loan-to-deposit ratio standing at 0.88.

Annual growth in total bank lending remained negative, with a decline in lending of 0.2 per cent in the year, the data shows.