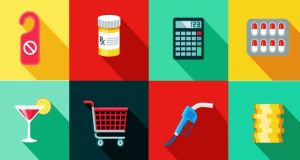 Budget Q&A - ask our experts about the budget (live Wednesday)

Cuts to USC, increase in tax credits for stay-at-home parents, a €5 increase in welfare payments, a rainy day fund and new Brexit measures were among the announcements made by Minister for Finance Paschal Donohoe in Budget 2019.

His full speech can be read here.

Here are the main points:

For self-employed workers the earned income tax credit will be increase by €200 to €1,350.

Use our income tax calculator to work out how the budget affects your pocket.

Special 9 per cent VAT rate for the tourism and hospitality sector to be abolished, increasing to 13.5 per cent. This will raise €466 million. There will be €35 million in targeted support the tourism sector.

Retaining 9 per cent VAT for newspapers and sporting facilities and reduce VAT for electronic publications from 23 per cent to 9 per cent.

Betting tax to increase from 1 per cent to 2 per cent. This will generate an additional €40 million.

No increases in excise on alcohol.

All weekly social welfare payments (jobseeker’s, pensioner’s, carer’s) will increase by €5 from next year, with the Christmas bonus restored to a double payment for the first time since the crash.

PRSI for self employed to be expanded.

Two weeks’ paid parental leave to every parent of a child under one year from November 2019, to increase to seven weeks over a number of years.

A €25 increase in back-to-school clothing and footwear allowance rates.

Increase earnings disregard for lone parents in receipt of the one-parent family payment by €20 a week.

Funding for early learning and childcare up €90 million.

The threshold to access the Affordable Childcare Scheme will be increased. To access the maximum subsidies families can earn up to €26,000 net (up from €22,700). The maximum income threshold for the scheme will go from €47,500 to €60,000.

A 6.7 per cent increase in funding to the Department of Education will allow for 1,300 additional posts in schools in 2019.

The standard capitation rate per pupil will increase by 5 per cent.

An additional 950 special needs assistants to be recruited in 2019

An additional €300 million for third-level education up to 2024.

Increase of €1.05 billion in health funding

€25 increase in the weekly income threshold for GP visit cards

Prescription charge for over 70s reduced by 50 cent

Disability services will get an extra €150 million

€1.25 billion for the delivery of 10,000 new social homes in 2019 through construction, acquisition and leasing.

€60 million extra in capital spending much of which is targeted at emergency accommodation.

Service site fund for local authorities to bring forward land for subsidised housing will increase from €20 million to €89 million. Funding available per subsidised home being increased from €40,000 to €50,000.

No increase in carbon tax

Additional funding of €70 million for the Environment and Waste Management Programme.

Extending the VRT relief for hybrid vehicles until end of 2019.

New scheme to encourage the uptake of gas-propelled commercial vehicles as an alternative to diesel.

Increasing the Garda budget by €60 million or 3.5 per cent allowing for recruitment of 800 extra gardaí.

An extra €60 million to the broader justice sector to include spending on: additional asylum accommodation, widening of Magdalene scheme, relieve pressure on criminal legal aid system, respond to pressures on Data Protection office in EU role.

Direct provision weekly allowance to increase from €21 to €38 for adults, €29 for children.

Overseas aid to increase by €110 million

New budgetary measures worth more than €710 million to protect against Brexit’s effect on Ireland.

Increasing funding for the PEACE programme

He announced a €1.5bn ’rainy day’ fund to increase the State’s resilience to larger economic shocks. Initial funding from Ireland Strategic Investment Fund with an annual contribution of €500 million from the exchequer

No change to corporation tax rate

Extend three-year tax relief for certain start-up companies until the end of 2021.

There will be €286 million for roads and other transport infrastructure including N4 Collooney to Castlebaldwin road in Co Sligo, the Dunkettle interchange in Cork city, work on Knock airport’s runway and cycling and walking projects

An extra €40 million to repair regional and local roads and footpaths.

An extra €57 million to the Department of Agriculture to support the sector, especially disadvantaged farmers

Three-year extension of the stamp duty relief for young farmers