Health spending to increase by €4bn; carbon tax to increase; new teaching and SNA positions to be created

The coronavirus pandemic has been the greatest challenge to face the country since it gained independence, Minister for Finance Paschal Donohoe said as he unveiled Budget 2021.

The Government has gone big on this budget and borrowing is not due to fall much next year. There has been a significant extension and increase in supports for businesses and the role of the State is now huge across the board.

“We have never experienced a challenge like this, but equally Ireland has never delivered such a strong response,” Mr Donohoe said, as he delivered his budget speech to a Dáil sitting in the Convention Centre.

Mr Donohoe described the nearly €18 billion (€17.75 billion) budget package as “unprecedented in both size and scale in the history of the Irish State.”

The budget had been drawn up based on the assumption of “the continued presence of the virus in our country next year and the absence of a broadly available vaccine,” he said.

Alongside Covid-19 and the threat of a no-deal Brexit, the Government also had to make progress on issues such as housing, improving healthcare and climate change, he said.

“From the ashes of the pandemic, together we will build a stronger and more resilient Ireland,” he said.

The Cabinet signed off on the budget at a meeting on Tuesday morning, with little disagreement between the three Coalition partners.

The budget will include a €3.4 billion recovery fund targeted at stimulating the economy and employment in the aftermath of Covid-19 and Brexit, as well as a €1.6 billion spend on capital programmes. These measures are to be the “cornerstone” of the Government’s budget, Mr Donohoe said. The Government has projected the expansive spending will lead to a €20.5 billion deficit next year, down just €1 billion from this year.

The budget will include a €3.4 billion recovery fund to stimulate the economy and employment in the aftermath of Covid-19 and Brexit, as well as a €1.6 billion spend on capital programmes.

Companies that are forced to close due to Covid-19 restrictions or whose turnover has dropped by 80 per cent can avail of a grant capped at €5,000 a week. The scheme is to support their cash flow and keep businesses afloat and will be open to applications from next week.

Spending on health will be increased by €4 billion to meet the ongoing costs of dealing with Covid-19 and to build up capacity in the health service.

This funding will provide for 1,146 more acute beds, an increase in intensive care beds from 255 to 321 by the end of next year and 1,250 extra community beds.

There will be five million additional homecare hours on top of 19 million extra hours provided this year. Some €50 million will be ring fenced to fund new drugs for thousands of patients. The budget for mental health services will receive an extra €38 million to implement new measures.

Growing waiting lists are to be tackled with approximately 100,000 additional inpatient and day care procedures funded through investment in public hospitals and utilisation of spare capacity in private hospitals and the National Treatment Purchase Fund.

The disability sector will receive an additional €100 million towards day services, needs assessments and respite services.

People receiving the pandemic unemployment payment (PUP) will be entitled to the social welfare Christmas bonus this year, if they have been in receipt of the payment for four months.

As a once-off measure, those on jobseekers’ payments will also receive the bonus this year if they have been on the scheme for four months instead of the regular 15 months.

Carers are to benefit from a €150 increase in their support grant, and there will be an extra €2,000 for applicants of the widowed and surviving civil partner grant.

The living alone allowance will be increased by €5 to €19, and qualified child payment will also see increases of €5 for children over 12, and €2 for under 12s. The State pension age will not rise to 67 next January.

Some €500 million will be allocated in new funding mainly directed towards the construction of 9,500 new social housing units.

A package of €110 million for 2021 will aim to provide for affordable housing and cost rental schemes, with targets of over 2,000 affordable homes next year on both private and public land.

The Help to Buy scheme, which allows up to €30,000 in tax back on purchases of newly built homes, is to be extended at its current level as expected.

Some €220 million will also be available under the Rebuilding Ireland home loan scheme.

Funding to homeless services will increase by €22 million to provide extra beds and fund the cold weather winter initiative.

The budget was prepared on the basis that no free trade agreement would be reached between Britain and the EU, and so necessary funding was provided for “all Brexit scenarios,” Minister for Public Expenditure Michael McGrath said.

Some €340 million in core expenditure would be put towards Brexit supports next year, and this will include funding to hire an extra 500 staff at ports and airports to conduct checks. This would bring the number of staff involved in goods checks up to around 1,500 by the end of this year.

There were no major changes to income tax rates, as was well signalled beforehand by the Government.

The rate of VAT for the hospitality and tourism sector has been cut from 13.5 to 9 per cent, mirroring a similar cut during the last financial crash. The cut will come into effect from next month and remain in place until the end of 2021.

The cost of a packet of cigarettes will rise to €14, with excise duty going up by 50 cents.

An existing scheme where people working from home can claim deductions on heating and light expenses will be widened to include broadband costs.

The Government has pledged significant investment in bus and rail projects worth €1 billion. This would include commitments to plans such as Bus Connects, the MetroLink, upgrades to the Dart network in Dublin, as well as greenways and local public transport links in rural areas.

A pot of €65 million will be available to fund deep retrofitting of social housing stock.

Vehicle registration tax and motor tax is to be reformed to incentivise electric and low-emission cars, and penalise polluters.

The pupil-teacher ratios in schools will be brought down to 25:1 with funds for the creation of 565 new teacher positions.

This is alongside funding to hire 990 special needs assistants and over 400 extra special education teachers.

There will also be a new €50 million fund to provide a once-off financial assistance to full-time third level students, worth €250 to each of them.

Some €270 million will be spent on up to 20 projects in colleges and universities, and 145 school building projects will be delivered as well.

There will also be a €120 million package for reskilling and retraining including an extension of the apprenticeship scheme. This would create 10,000 upskilling and reskilling opportunities with Solas and SkillConnect.

An additional 620 Garda recruits and 500 civilian staff will be hired as funding for the justice sector was raised by €147 million. The funding would also cover the costs of the inquest into the Stardust fire tragedy and new protections for vulnerable witnesses in sexual offence court cases.

Tusla, the child and family agency, is to receive a boost in its budget of €61 million, in part to cover growing costs of residential placements for children in State care.

Several specific measures to support the arts community have been announced as part of Budget 2021. These include an additional €50 million for live entertainment supports, and an increase of €50 million in funding allocated to the Arts Council, which will next year receive exchequer support of €130 million.

It had failed to tackle unaffordable childcare costs, the underfunding of disability services, a dysfunctional housing market and the lack of capacity in the health service, he said.

In the party’s first speech responding to the budget as the largest Opposition party, Mr Doherty said “the risk is not that we do too much, that we do too little”

“Our health system needed far more, our patients and healthcare staff needed far more. Today was the day to turn fine words and applause into action,” he said.

Those with disabilities were “the forgotten people of this pandemic,” and while he welcomed an extra €100 million in funding for the disability sector Mr Doherty said the Government “could have done a lot more”.

Describing the Government as “out of touch” with people who had lost their jobs during Covid-19, Mr Doherty criticised the failure to restore the PUP to the full €350 rate.

4:16 Scale of damage from cyberattack on HSE systems will not be known for days

Already the toast of Connacht, Bundee Aki is ready to become a Lion 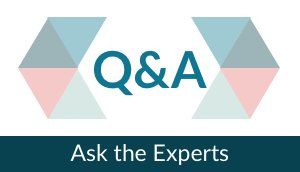 Got a question? Not sure what the budget means for you? Our experts will help

Budget 2019 How did it affect you and your finances? All the analysis, news and comment