State pension age will not rise in January, Minister confirms

Budget 2021: Pensions Commission will be established and would consider eventual report ‘in due course’ 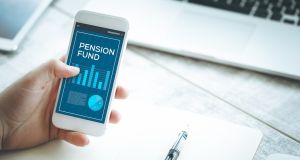 The last government announced plans to increase the age of retirement to 67 next year and 68 in 2028, but it became a major issue during the general election campa.

The state pension age will not rise to 67 next January, the Minister for Public Expenditure and Reform, Michael McGrath confirmed in his budget speech.

“I can confirm to the House that, in line with the Programme for Government commitment, the planned increase in the pension age to 67 on January 1st, 2021 will not proceed,” the Minister said.

He said that a Pensions Commission would be established in line with the Programme for Government and the Government would consider its eventual report “in due course”.

The last government announced plans to increase the age of retirement to 67 next year and 68 in 2028, but it became a major issue during the general election campaign.

During talks on the programme for government, Fianna Fáil pushed to retain the State retirement age at 66. This was resisted by Fine Gael and the parties agreed to defer the issue for a year, pending a report from a newly established pensions commission.

At that time, the coalition partners said the commission would report back by June 2021, with any action it recommends occurring within six months of the completion of the report.

Mr McGrath’s Budget 2021 comments make no commitment on the timing of any report or its consideration by Government. And it confirmed that no move had yet been made to establish the commission.

In July, the State’s budget watchdog, the Irish Fiscal Advisory Council (Ifac) said the current age of retirement left the public finances “on a vulnerable and unsustainable footing” and that it should be pushed out to reflect increasing levels of life expectancy.

In its first long-term sustainability report, the watchdog warned that failure to increase the pension age as planned in 2021 would cost €575 million annually, with that figure rising over time.

Ifac presented a model whereby people would work an additional eight months for every extra year of life expectancy. That would mean pushing the pension age out to 69 by the period 2035-2040.

The budget speeches by Mr McGrath and Minister for Finance Paschal Donohoe made no mention of the planned introduction of autoenrolment, which is due to see almost all workers enrolled in private pensions from 2022.