Businesses hit by Covid restrictions to be offered up to €5,000 a week 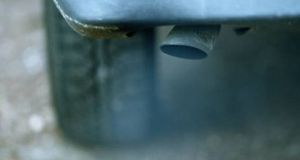 The budget will announce a shake-up of the tax scheme for cars designed to discourage the use of the most polluting vehicles. SUVs now account for 45% of new car sales. Photograph: Getty Images

A special scheme offering cash payments of up to €5,000 a week for firms forced to close due to Covid-19 restrictions is to form part of Tuesday’s budget.

The relief will be based on companies getting advanced credit for trading expenses that they would normally claim against corporation tax or income tax.

This is designed to offer significant cash flow advantages for companies forced to close if restrictions are extended.

As it will involve business owners getting advanced credit, via cash payments, for future expenses, it is is not clear how the impact on future tax bills will be managed. However, the measure will offer a cash boost to firms during the period of closure, and, given the threat of further restrictions as virus numbers rise, will be a key part of the package.

Specific packages for sectors like hospitality, events and the arts are also expected, and a cut in the VAT rate for the hospitality sector from 13.5 per cent to 9 per cent is on the cards.

Another key announcement for business will be an extension of the wage subsidy scheme, which had been due to end next April, to the end of 2021.

The budget will also announce a major shake-up of the tax scheme for cars designed to discourage the use of the most polluting vehicles. SUVs now account for 45 per cent of new car sales, up from 19 per cent in 2013.

The budget will announce a reform in the VRT regime, expanding the number of bands from 11 to 20, and based on new EU-wide measurement criteria it will create a much bigger gap in the tax between more and less polluting cars.

The motor tax regime will also be shaken up and will also have more bands in future and a greater gap in the annual charge between more and less polluting cars. There will be no change for 88 per cent of motorists. However, more than 7 per cent will see a €10 rise in their motor tax, and the remainder will face a rise of €30 to €50 in the annual charge on their vehicle.

1 Son putting elderly dad under pressure to sign over land
2 Family in court dispute over hotels in Dublin and Galway
3 How to gift your child a house deposit . . . tax free
4 BOI customers to be charged twice with bank fees on New Year’s Eve
5 Irish start-up which developed facial recognition for cows raising over $50m
6 Running to go backwards: The problem with productivity apps
7 Irish designer of Oxford vaccine: ‘I’ve never worked so hard in my life’
8 Willie Walsh appointed head of the International Air Transport Association
9 Ten of the most mysterious aircraft disappearances
10 City of London makes late scramble to limit Brexit disruption
Real news has value SUBSCRIBE