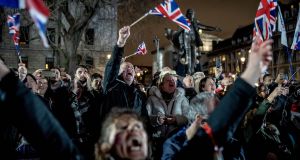 There have been plenty of warnings in the years since Britain voted to leave the EU about the likely impact of Brexit on businesses. While these certainly exist, there are more than a few companies who may be ready to use Brexit as a fig leaf for when things aren’t going smoothly.

Take N26 for example. The German digital bank, which claims 100,000 customers in the Republic and five million globally, announced plans to shut down its operations in the UK earlier this week due, it said, to Brexit.

All N26 accounts in the UK are to be closed on April 15th, with customers advised to transfer their deposits to an alternative bank account ahead of time.

It would seem highly unlikely that the company was awaiting confirmation of Brexit before making the call or that Britain’s exit from the EU is its primary reason for departing. As Sifted, a tech-focused news site backed by the Financial Times noted, N26 entered the British market over two years after the referendum, and even last October sought to reassure customers there that they would not experience changes no matter what type of Brexit occurred.

Sifted suggests that the company’s late arrival into the UK has left it struggling to catch up with the likes of Revolut and Monzo, both of whom have taken significant market share. A handy departure now means it can focus its energies elsewhere.

It isn’t just fintechs ready to use Brexit as a handy get-out for when things are going awry. Another industry blaming Brexit for all its woes is the auto sector.

True, car production that relies on just-in-time delivery of its parts will struggle when port delays occur, while tariffs will hit cars built in the UK. However, what is also worth noting is that the UK has focussed on diesel engine production for several years, but since the VW dieselgate scandal sales of these engines have fallen through the floor.

Cutting back or closing diesel engine production plants has more to do with the fallout of dieselgate than Brexit.

While businesses will undoubtedly suffer as a result of Britain’s exit from the EU, be prepared to watch a whole string of companies citing it as a reason why things have not gone as expected.