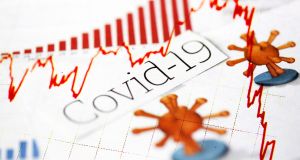 Some livelihoods have been devastated by the pandemic, but a booming export market has somewhat compensated for drastic losses in domestic sectors including tourism, hospitality, the arts and construction. Photograph: iStock

It may not feel that way for those whose livelihoods have been decimated by the pandemic, but the economic damage done by Covid-19 has been “relatively benign” in Ireland overall, according to a study published by the Economic and Social Research Institute today. Eoin Burke-Kennedy reports on a “tale of two economies”, whereby a booming export market has somewhat compensated for drastic losses in domestic sectors including tourism, hospitality, the arts and construction, which have been among the worst hit in Europe. Analysing the report’s findings, Burke-Kennedy writes about Ireland’s two economies: one that is uber-rich and driving forward at breakneck speed, and another that is lagging behind and caught in a sequence of boom and busts.

A new programme aimed at retraining up to 2,000 people who have lost their jobs in the hospitality, retail and tourism trades as a result of the Covid-19 pandemic is to be launched by the Government today. Colin Gleeson has the details.

Up to 2,000 Permanent TSB mortgage, personal and small business borrowers who availed of payment breaks since the onset of the Covid-19 crisis may need further relief as the period of breathing space comes to an end. Joe Brennan reports.

Ireland is usually an exporter of timber, but due to recent shortages in the Republic attributed to forestry licencing restrictions, 100 truckloads of timber are arriving in the country this week, imported by sawmiller GP Wood, writes Barry O’Halloran.

Will you be relying on the State pension when you retire? If so you are aren’t alone; a KBC survey published today found almost half of Irish consumers expect the State pension, which equates to about €13,000 a year, to be their primary source of income in retirement. Eoin Burke-Kennedy reports.

The aviation sector has been decimated by the Covid-19 pandemic, but aircraft maintenance company Dublin Aerospace recently announced it is hiring 29 new apprentices at Dublin Airport, and opening its first British base in Exeter, where it will take on 100 new mechanics and engineers. The company’s chairman and chief executive Conor McCarthy talks to Barry O’Halloran in this week’s interview about why he sees the pandemic as “perfect timing” for expansion.