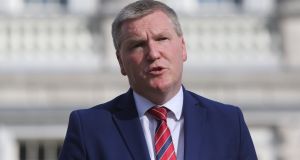 Government spending this year is set to come in at €86.5 billion, more than €16 billion higher than the revised estimates published earlier in the year, according to a pre-budget report published on Tuesday by Minister for Public Spending, Michael McGrath.

This will require a range of supplementary estimates to be passed by the Dáil as the sums involved are around €5 billion in excess of what has already received approval.

Spending is set to rise sharply next year. In the report, the Minister repeats that the cost of meeting special Covid-19 spending needs will add another €9 billion to the total next year, but says that this is before any budget measures.

This figure is sure to rise further on budget day, given negotiations on the need for further increases in health and the likelihood of further business supports.

The report outline that costs in relation to Covid-19 continued to rise as the year went on.

In addition to allocations for the extension of the Pandemic Unemployment Payment and the new wage subsidy scheme, the July stimulus and schools reopening, a further €2 billion will be needed to cover additional spending on PPE, the winter plan in health, extra costs in social protection and a range of other issues,

In addition to the special Covid-19 spending, the budget will also factor in increases in other areas.

The minister indicated that this would include some €2 billion in additional day-to-day spending – of which around €1.1 billion is already committed – and another €1 billion in investment spending.

The relatively small amount of €900 million left for non-Covid additional day-to-day spending suggests that there will be very limited funds available for other departments by way of new initiatives.

The document indicates that the cost of keeping the pension age at 66, rather than increasing it as planned, will be €500 million.The cost of meeting the terms of the public pay agreement next year – including the carry-over from an increase coming in this month – will be €350 million.