Amazon, Apple, Facebook, Google ‘have too much power’, report finds 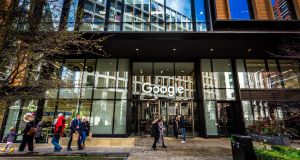 US lawmakers who spent the last 15 months investigating the practices of the world’s largest technology companies said on Tuesday that Amazon, Apple, Facebook and Google had exercised and abused their monopoly power and called for the most sweeping set of changes to anti-trust laws in half a century.

In a 449-page report that was presented by the House Judiciary Committee’s Democratic leadership, lawmakers said the four companies had turned from “scrappy” startups into “the kinds of monopolies we last saw in the era of oil barons and railroad tycoons”.

The lawmakers said the companies had abused their dominant positions, setting and often dictating prices and rules for commerce, search, advertising, social networking and publishing.

To amend the inequities, the lawmakers recommended restoring competition by restructuring many of the companies, emboldening the agencies that police market concentration and throwing up hurdles for the companies to acquire startups. They also proposed changing anti-trust laws, in the biggest potential shift since the Hart-Scott-Rodino Act of 1976 created stronger reviews of big mergers.

“The totality of the evidence produced during this investigation demonstrates the pressing need for legislative action and reform,” the report said. “These firms have too much power, and that power must be reined in and subject to appropriate oversight and enforcement.”

The report is also expected to kick off other actions against the tech giants. The Justice Department has been working to file an anti-trust complaint against Google, followed by separate suits against the internet search giant from state attorneys general.

But the House anti-trust subcommittee split along party lines on how to remedy and corral the power of the tech companies, pointing to an uphill battle for Congress to curtail them.

Some Republicans agreed with proposals to bolster funding for anti-trust enforcement agencies, but balked at calls for Congress to intervene in restructuring the businesses and their business models. Others have refused to endorse any of the Democrats’ findings. – New York Times