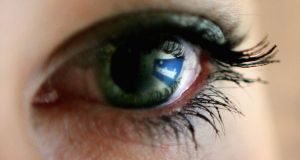 In her weekly column Karlin Lillington tells us we shouldn’t be fooled by Facebook’s ‘regulate us, please’ media blitz.

A decision by the State’s data protection watchdog on whether to issue the first fines against big tech companies has been delayed by “procedural queries” raised by the firms. These include issues around company information it will share with other EU regulators. Simon Carswell reports.

Simon also tells us that the data watchdog may have to inspect Catholic Church records in its investigation into whether the church is legally obliged to delete records of people seeking to leave Catholicism.

Electricity company ESB has been called out for “contributing to human rights violations” by importing coal from a mine in Colombia for use at the Moneypoint plant in Co Clare. Peter Hamilton reports.

US computer chip maker Maxim Integrated will spend more than €23 million on a new design centre at its Irish base that could create up to 100 jobs, writes Barry O’Halloran

In ourBusiness of Sports podcastMick O’Keeffe of Teneo PSG and Ciarán Hancock interview GAA Director General Tom Ryan. They talk about funding the sport, Dublin’s dominance and what the future holds for inter-county players.

Three in four Irish organisations are worried about cyber threats, a new survey from Microsoft has revealed, with only one in four saying they are confident they can respond effectively to a security threat. Ciara O’Brien reports.

Ciara O’Brien has a look at the gadgets that take the strain out of travelling and Tech Tools takes stock the Galaxy Z Flip and Canon EOS 850D.

In her weekly column Karlin Lillington tells us we shouldn’t be fooled by Facebook’s ‘regulate us, please’ media blitz.

Laura Slattery says that AI doesn’t have to kill radio stars – it can help create them and John Holden says we shouldn’t fear AI: it’s just the evolution of tools.Zipp Mobility founder of Zipp Mobility,Charlie Gleeson is undeterred by the challenges facing e-scooters, the tells New Innovator while Frank Dillon goes in search of the secret formula for capturing creativity.

Stay up to date with all our business news: sign up to ourbusiness news alerts and our Business Today daily email news digest.